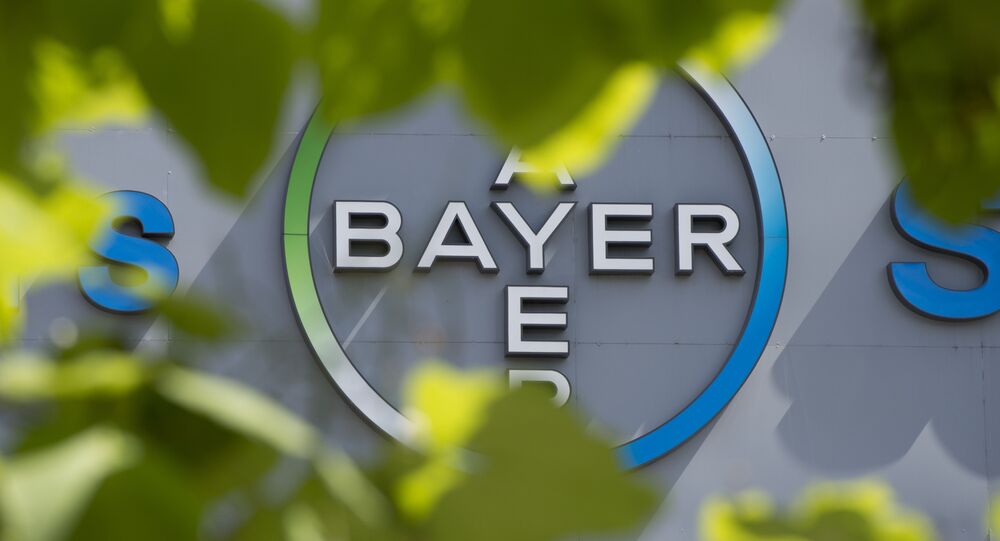 MOSCOW (Sputnik) - Germany’s pharmaceutical and life sciences giant Bayer on Thursday completed the process of acquisition of US biotechnology corporation Monsanto, the German company said in a statement.

"Bayer successfully completed the acquisition of Monsanto on Thursday. Shares in the US company will no longer be traded on the New York Stock Exchange, with Bayer now the sole owner of Monsanto Company. Monsanto shareholders are being paid 128 US dollars per share," the company said, adding that the "integration process is expected to commence in approximately two months."

Earlier this week, Bayer said that it had received all the necessary approvals from regulatory authorities to complete the $66-billion merger, which created the largest seed and agricultural chemical company in the world.

© AFP 2021 / JOHN MACDOUGALL
US Endorses Merger of Bayer and Monsanto Despite German Public Discontent
In order to reduce the concerns of international regulators about possible risks to competition as a result of this merger, the German concern has made a commitment to sell several of its divisions to German BASF corporation. The US Department of Justice said in a press release on Tuesday that Bayer must divest $9 billion in assets to BASF in order to proceed with its proposed $66-billion merger with Monsanto.

The Justice Department explained that the planned divestiture to BASF — a chemical company with a crop protection business — will fully resolve all competition concerns over the Bayer-Monsanto merger.