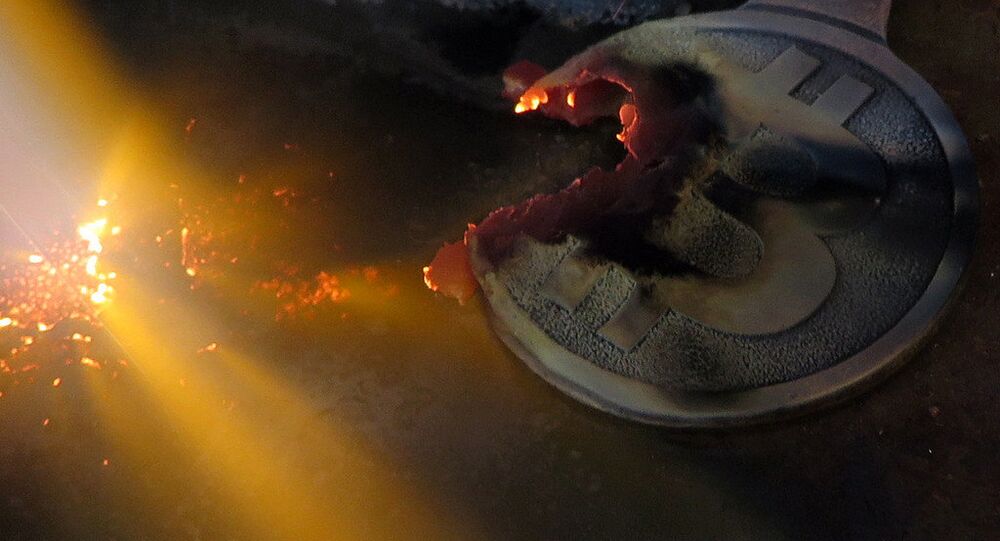 The cryptocurrency bitcoin, introduced in 2009, has become immensely popular in recent years, hitting the $20,000 bar in late 2017. However, it lost a major part of its value in 2018, sparking debate about it possibly being a "market bubble."

Jim Chanos, a famous short seller, who previously predicted the collapse of the Enron Corporation, agreed in an interview with the Institute for New Economic Thinking, that bitcoin is a "libertarian fantasy," adding that the cryptocurrency is not suited for the "looming apocalypse" scenario.

"… for those who believe that you need to own digital currency as a store of value in the worst-case scenario, that's exactly the case in which a digital currency will work the least. Food would work the best!"

He also claimed that the bull market, which has been pushing investors to take risks, is aging, casting doubt on the bright prospects of the cryptocurrency, is "a security speculation game masquerading as a technological breakthrough."

"Bitcoin is still the area for people who are trying to avoid taxation or other examinations of their transactions. That's one thing where I think it probably still has utility, but the governments have figured that out," Chanos stated.

© CC0
Global Cryptocurrency Regulations May Bring Bitcoin out of 'Coma'
Bitcoin is a decentralized cryptocurrency and payment system that allows for direct transactions between users, by means of blockchain technology, as well as securing anonymity. It hit a record high of almost $20,000 at the end of 2017, rising over 500% in a short period of time. However, in late February, Bitcoin's value plummeted below $7,000.
...
Reddit
Google+
Blogger
Pinterest
StumbleUpon
Telegram
WhatsApp
22