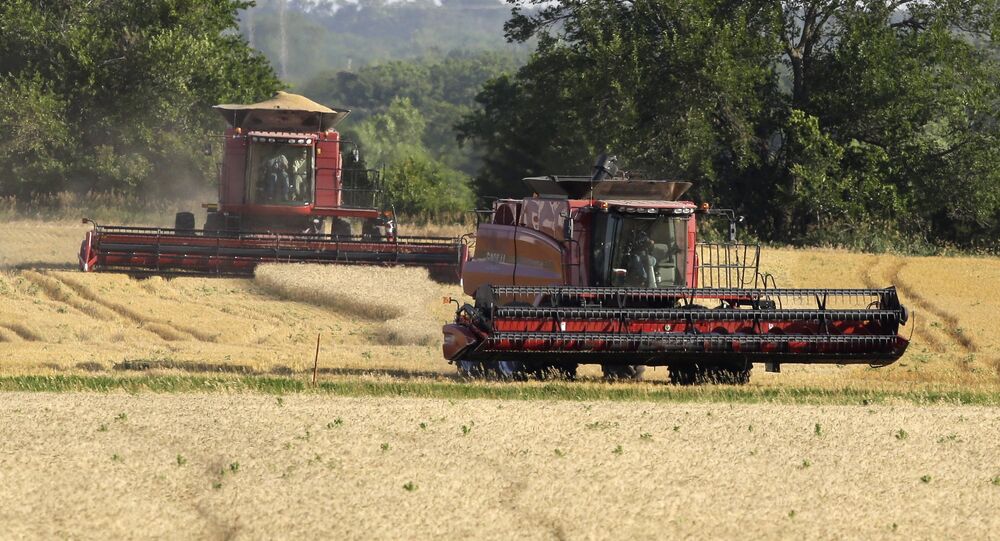 WASHINGTON (Sputnik) - US President Trump said in a Monday statement that trade barriers Canada has put in place on US agricultural products are unacceptable as well as Chinese taxes on soybean imports.

"China already charges a tax of 16% on soybeans. Canada has all sorts of trade barriers on our Agricultural products. Not acceptable!" Trump said in a Twitter message.

In response, the Canadian government announced a plan to impose retaliatory tariffs on US metals and other products, including agricultural items, representing a total value of $12.8 billion. The tariffs will take effect on July 1.

© REUTERS / Mark Blinch
What Does the Future Hold for US and Canada in the Wake of Steel Tariffs?
Canada has also filed complaints with the World Trade Organization (WTO) and the North American Free Trade Agreement (NAFTA) panel.

Meanwhile, tensions between China and the United States escalated in recent months as Trump threatened to slap steep tariffs on Chinese exports to the United States. In response, Beijing vowed to retaliate against US exports to China with a matching value.

US and Chinese trade delegations met on Saturday and Sunday for the third round of discussions on current trade tensions between the two countries.

EU Commissioner: EU Decided to Launch Legal Proceedings in WTO Against US, China