Countering global efforts to stem the rise of global warming and increase the use of sustainable energies, Trump and his advisors are dusting off a 20th-century national security act in another attempt to bolster flagging coal and nuclear power generating industries in the US. 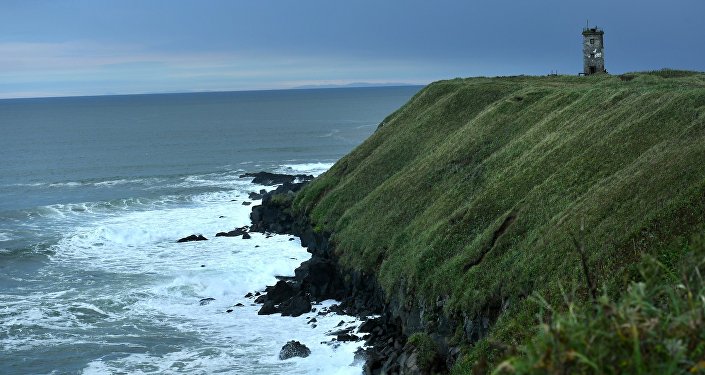 © Sputnik / Ekaterina Chesnokova
Bad for Business Too: Biggest Europe Bank to End Fossil Fuel Investment
The US Department of Energy (DoE) on Friday circulated a draft memo reflecting an order from President Donald Trump seeking to use a 20th-century wartime law that would force energy buyers to continue to subsidize expensive and polluting power sources, including coal-fired electricity-generating stations and nuclear power plants.

In exploiting the 1950 Defense Production Act — an obscure Korean War-era energy procurement statute intended to streamline the war effort against Communism, particularly against China — Trump is looking for new ways to keep coal and nuclear power afloat in the US, even as sustainable and ever-cheaper power generation in the country, including wind and solar, has risen sharply.

The DoE memo suggests that US energy grid operators could be compelled to purchase power from a pre-approved list over a two-year period, "to forestall any future actions toward retirement, decommissioning or deactivation," according to Ars Technica.

Over the two years in question, DoE officials would ostensibly research US power grid network vulnerabilities, using the study as a justification to keep unprofitable and polluting power plants running as a matter of national security, according to Bloomberg.

The White House-sponsored DoE memo reportedly states that "too many of these fuel-secure plants have retired prematurely and many more have recently announced retirement," while declaring that the replacement of coal and nuclear plants by natural gas and renewable power in the US is not secure.

The Trump administration's claims of energy security for keeping coal and nuclear plants online is not supported by the facts, as multiple power networks, including PJM, one of the biggest US independent systems, point to a recent extremely cold ‘bomb cyclone' weather event in the US northeast that showed the regional grid operating efficiently despite coal power plant closures, cited by Ars Technica.

Solar power employs five times the workers as does coal, and does not pollute the environment. Nonetheless, supporting the flagging coal industry was one of Trump's campaign promises, although the president's current energy secretary, former Texas governor and Republican presidential candidate Rick Perry, has made few inroads in his attempts to convince Capitol Hill and the energy industry that coal-burning power sources should be kept alive.

As Trump's fossil-fuel energy mouthpiece, Perry earlier commissioned a study to identify regulatory causes for coal-plant closures, but no regulations were found; instead, cheap natural gas was observed to be responsible for widespread industry decline.

Perry, under the auspices of the Trump White House, then switched tactics by proposing a new rule to require energy buyers to pay extra fees to coal and nuclear plants as a means of supporting the declining industry, but that requirement was quickly shot down by the Federal Energy Regulatory Commission who noted insufficient evidence to approve the extra fees.

Faced with a rear-guard action of saving a heavily-polluting industry, $43 billion publicly-traded coal and nuclear plant operator FirstEnergy — noted in part for its behind-the-scenes lobbying campaign attempting to eliminate a law that required utilities to assist in electricity efficiency programs for customers — demanded the DOE use its emergency order to bail out a company subsidiary just before it went bankrupt.

E&E News — an online energy-focused media outlet — in April reported that the DPA was being studied as a tool to provide Trump with sweeping powers to help any industry he deemed crucial to national defense.

While the DoE draft memo is not yet official, the move is seen by Capitol Hill insiders as an indication that Trump advisors — particularly those representing the energy sector — are getting serious about doing whatever it takes to keep coal and nuclear power afloat in the country.