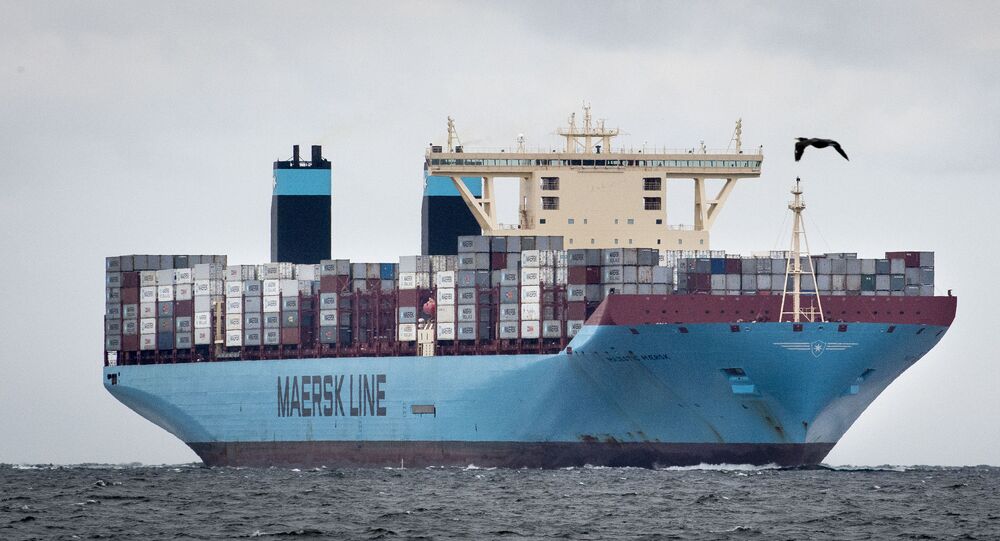 The US administration has given international shipping lines until November to wrap up all operations in Iran, following Washington's withdrawal from the Joint Comprehensive Plan of Action, also known as the Iran nuclear deal.

Global shipping operators, including Denmark's Maersk Line and Swiss-based Mediterranean Shipping Co., have already started to pull back from Iran's market despite the fact that sanctions against the Islamic Republic will be re-imposed by Washington in a few months, according to The Wall Street Journal.

The newspaper cited Soren Skou, chief executive of Maersk Line and parent company A.P. Moller-Maersk A/S, as saying that the anti-Iranian sanctions would ride roughshod over the whole of the shipping industry.

"I don't think any shipping line that operates globally will be able to do business in Iran if the sanctions arrive in full force, the way they are intended," Skou pointed out.

The sanctions, which will specifically stipulate removing Iran from the service map for crude carriers, will also deal a heavy blow to the world’s tanker operators given that the Islamic Republic currently accounts for 5 percent of global output.

Earlier, the Trump administration said that global shipping operators are due to end all their operations in Iran before the end of October.

© Sputnik / Stanislav Filippov/POOL
Iran Considers 'Other Options' If US Sanctions Threaten Its Interests - Diplomat
The statement came after US Secretary of State Mike Pompeo threatened to slap the "strongest sanctions in history" on Iran, which he claimed would make Tehran battle to "keep its economy alive."

In early May, President Donald Trump announced the US's exit from the Joint Comprehensive Plan of Action (JCPOA), also known as the Iran nuclear deal, which he said would be followed by the-re-imposition of anti-Iranian sanctions scrapped after the signing of the JCPOA.

In April, Iran exported a record 2.6 million barrels of crude oil per day, with the majority of the fuel going to China, Japan, India and South Korea.