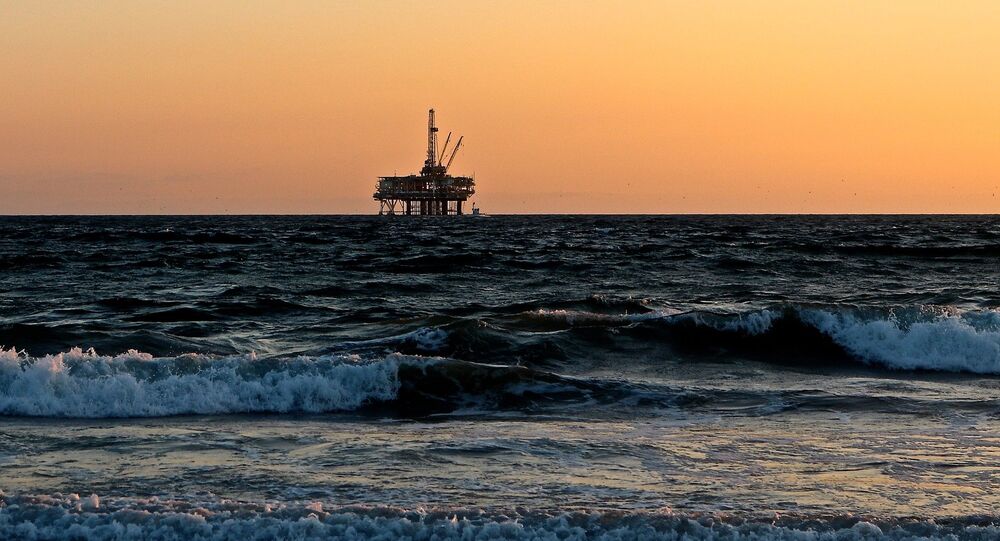 Lebanon is now set to search for oil and gas reserves in the Mediterranean and although there have so far been no comments from Israel, it had earlier threatened Lebanon over drilling in areas which it considers to be disputed.

Lebanon has announced the launch of its oil and gas exploration for offshore energy reserves in the Mediterranean, despite tensions with Israel over the issue. Lebanese officials approved a plan submitted by a consortium of France's Total, Italy's Eni and Russia's Novatek announcing that the exploration project began on Tuesday.

The tension between Israel and Lebanon has increased after Beirut backed provisions for the right to explore two energy blocks, namely, Block 4 and Block 9, by a consortium of foreign energy companies.

© AP Photo / Ariel Schalit
War Between Israel-Lebanon Can Become 'Full-Blown Regional War’ - Journalist
In December 2017, Lebanese officials gave licenses to a consortium of Russian, French and Italian energy companies which were aimed at helping the Lebanese economy overcome the difficulties in exploring the coastal oil and gas fields.

Israel was far from delighted by this news and lashed out at the three firms and warned Lebanon that it would pay a “full price” if another war breaks out between the two countries.

Lebanon, however, slammed Israel, as the country’s Energy and Water Minister Cesar Abi Khalil promised that Beirut was going to push ahead with its exploration plans.

Lebanese President Michel Aoun also pledged to use all diplomatic powers to settle the dispute, saying the country has a right to “defend its sovereignty and territorial integrity by all means available,” Press TV reported.

Lebanon had to reject the US offer to “help,” as it proposed sharing the offshore blocks. The proposal was made by US Assistant Secretary of State David Sutterfield during his visit to Beirut in February.

According to the Daily Star, the proposal specified that the Lebanese would take up 65% of the disputed sections of the shelf. Commenting on the proposal, however, Aoun said that Lebanon will not give Israel a "millimeter."

The president stressed that the offshore energy blocks are located in Lebanon's waters and thus are within Beirut's exclusive economic zone.

The territorial dispute between Israel and Lebanon runs over 300 square miles of waters claimed by both sides, which are known to contain huge reserves of natural gas and maybe even crude oil.

'It's Our Action': Macron Takes Credit for Preventing War in Lebanon