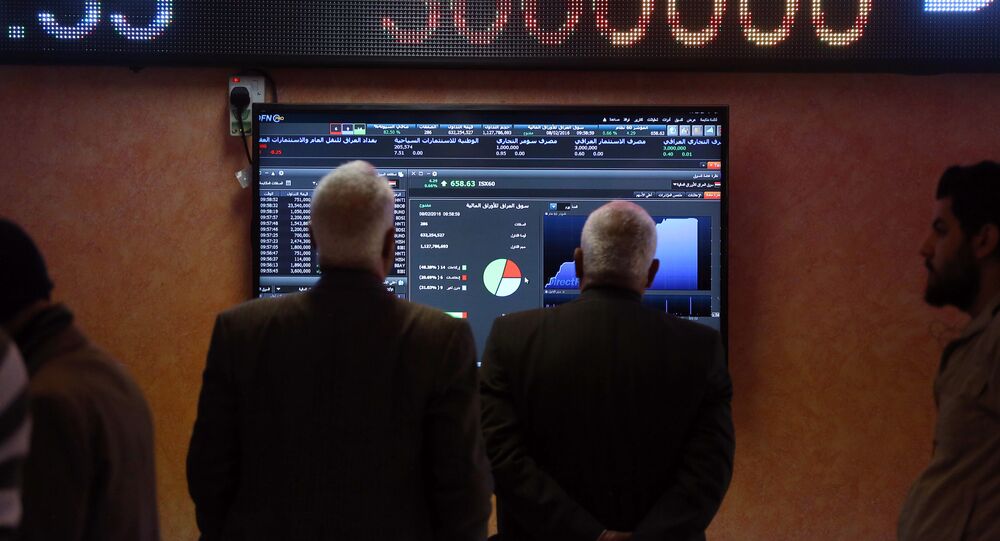 The International Monetary Fund (IMF) has greenlighted a standardization of the regulation and oversight in Islamic banking, seeking a greater inclusiveness of the oil-rich Gulf monarchies into the global financial system.

Kristian Rouz - The Islamic Financial Services Board (IFSB) is set to broaden its regulatory oversight across Islamic countries involved in high-turnover cross-border transactions. The Kuala Lumpur, the Malaysia-based regulator said the upcoming rules would arrive in the form of guidance for national regulators and would be aimed at standardizing the Islamic financial system.

IFSB's decision to release its guidance on Islamic finance comes after the International Monetary Fund (IMF) said last week such a set of rules would be of systemic importance for at least 12 countries. The majority of these countries are the oil-rich theocracies of the Gulf, which also have well-developed financial infrastructures.

"Directors concurred that the growth of Islamic finance presents important opportunities to strengthen financial inclusion, deepen financial markets, and mobilize funding for development by offering new modes of finance and attracting "unbanked" populations that have not participated in the financial system," the IMF said.

The IFSB - which commenced operation back in 2003 - is currently comprised of 183 countries, and oversees national supervisory and regulatory bodies pertaining to the Islamic capital market. A key feature of Islamic banking is its compliance with Sharia law, which, most notably, prohibits official loan interest - but provides pathways to indirect loan premiums.

"We are taking steps to further strengthen our implementation program by adding the dimension of consistency and impact assessment of the implemented standards," IFSB Secretary-General Bello Lawal Danbatta said.

Danbatta added the IFSB will focus on improving the predictability of Islamic finance rules by adapting the 7th-century clauses of Sharia law to the realities of modern-day financial markets, and its tools and practices.

The IFSB Secretary-General also said the regulator would release insurance guidance as a separate document to rule out the possible confusion. Besides, the IFSB's work is also focused on Islamic bonds, known as Sukuk - as regular bonds feature their own type of paid interest or yield, whilst the so-called yield curve is a separate systemically-important indicator of economic health.

Islamic banking has been on the rise over the past decade-and-a-half, as several oil-exporting Gulf nations have turned to financial sector investment and profit-taking, seeking a greater inclusiveness in the global financial systems - on their own terms.

The IFSB is seeking to bolster the transparency of Islamic financial institution reporting, including earnings reports, etc. This is particularly important to rule out the possible use of exclusively Islamic finance for high-risk transactions and to mitigate potential political risks - such as the ongoing diplomatic crisis around the alleged financing of terrorism by Qatar.

For its part, the IMF has highlighted the importance of close cooperation between the IFSB and the Fund, as well as other well-established international institutions, watchdogs, and regulators. The IMF Board of Directors has stressed the expansion of Islamic banking would reduce the percentage of people across Muslim countries who don't use the banking system.

"By adopting these principles the IMF is recognizing that Islamic banks require specific regulations tailored to our sector," John Iossifidis, CEO of Dubai-based Noor Bank, said. "The fact that the IFSB worked with the Basel Committee to develop the regulations will ensure consistency across financial markets while recognizing the unique nature of Islamic banks"

The IMF also pointed out the expansion of Islamic finance could create dual-jurisdictions in some countries, where some banks would fall under the supervision of regular financial watchdog, whereas others would be regulated in accordance with Sharia law.

The Fund said in such cases, it would monitor both segments simultaneously, and apply the same standards of assessment of banking sector capitalization, sustainability, asset-to-leverage-ratio, and other indicators of systemic health.