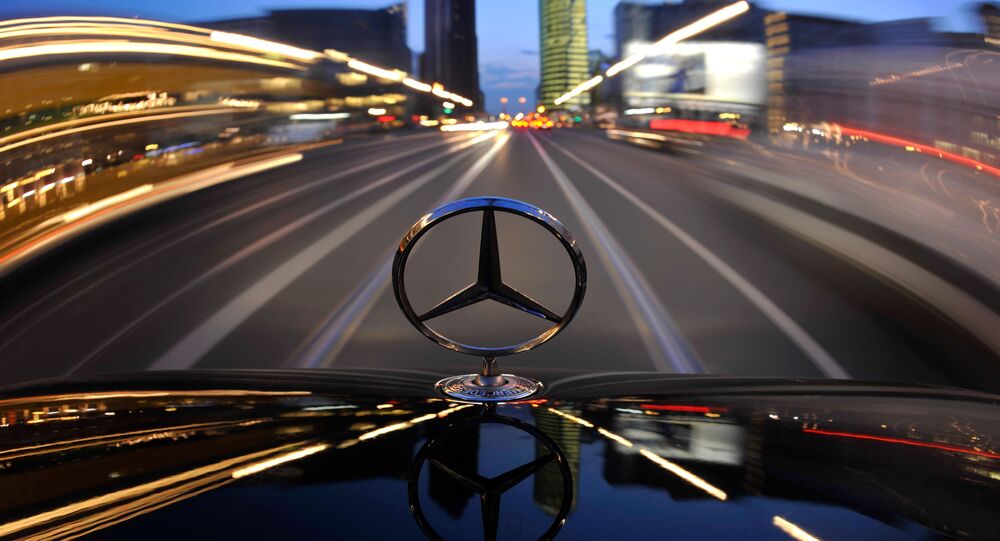 Luxury car-maker Mercedes Benz is facing allegations that it cheated on emissions metrics for its C-Class and G-Class models, prompting the German KBA vehicle authority to threaten a recall.

Mercedes Benz parent company Daimler AG is facing the threat of a large-scale recall of some 600,000 of its luxury sedans, following suspicions at the Berlin auto regulatory agency that the world's 13th largest automaker fitted cars with illegal devices intended to defeat emissions measuring.

© AFP 2021 / Sina Schuldt/dpa
German Police Raid Porsche, Audi Offices Over Alleged Emissions Fraud
In a Friday statement a Daimler spokesperson declined to comment on the accusations but observed that the company has not received a formal notification of a recall demand from KBA, according to Reuters.

The allegations against the German automaker by KBA come one day after the regulatory agency ordered a recall of some 1.6 million Mercedes Vito vans sold with the Daimler 1.6 liter diesel Euro-6 engine.

Engine controls on the Euro-6 motor intended to lower exhaust emissions are claimed by KBA to be in breach of current German pollution regulations, according to Der Spiegel.

Following the Vito van recall, Daimler — the world's largest truck manufacturer — released a statement claiming that the company would appeal the recall and take the matter to court if necessary.

Alongside the Vito recall, German Transport Minister Andreas Scheuer demanded that Daimler Chief Executive Dieter Zetsche attend a Monday meeting to clarify the company's position, according to a ministry spokesperson, cited by Reuters.

Rival German automakers Volkswagen and BMW have admitted to cheating on emissions testing results in the US, and more recently, the carmakers are facing a popular backlash against a much-touted multi-billion-euro diesel technology platform.