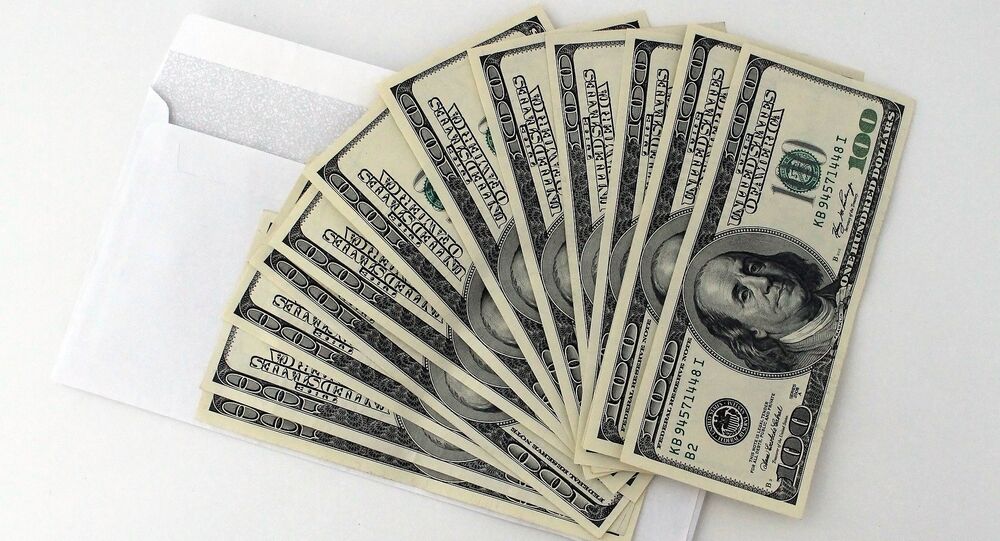 US private-sector enterprises are expanding the scope of spending in order to meet the rising consumer demand for goods and services, but the broader picture remains uneven, suggesting that an across-the-board investment spree has yet to come.

Kristian Rouz — After a sluggish first quarter, US private-sector enterprise spending picked up in April due to the effects of GOP tax cuts passed last year. New orders for US-produced capital goods exceeded expectations last month, suggesting that American manufacturing is on track to a gradual recovery.
According to a new report from the Commerce Department, orders for non-defense capital goods — excluding aircraft — rose 1 percent in April compared to a 0.9-percent decline the previous month. This came in at above earlier expectations, putting the April rise in capital goods at 0.7 percent.

"Capital goods orders and shipments appear to be continuing to trend higher over time," Daniel Silver of JP Morgan Chase & Co. said. "The trends have moderated following what had been a strong run."

Despite the broader gains in business capital expenditures, orders for durable goods — which are the products supposed to last three years after purchase, including machinery and electronics — declined by 1.7 percent month-on-month to $248.5 bln in April.

This comes as orders for civilian aircraft dropped a sharp 29 percent, reflecting the traditional volatility in this segment. Orders for airplanes spiked a massive 61 percent in March.

"In a reversal of fortunes compared with the prior month, the volatile aircraft segment weighed on headline durable goods orders in April, but the detail was much more solid," Andrew Grantham of CIBC World Markets said.

Economists say the gains in business spending are expected to translate into more robust consumer spending as well — the latter drives more than 70 percent of the US GDP expansion. The broader investment process is suggesting that the GOP tax cuts have allowed businesses to spend more, whilst the rising business investment is pushing worker compensation higher.

These developments are also driving the growth in consumer prices. While US inflation stands at about the Federal Reserve's 2-percent target, the central bank is expected to continue raising its base interest rates this year.

© AFP 2020 / TIMOTHY A. CLARY
US' Exit From Iran Deal Will Increase Market Volatility – Investment Strategist
In other figures, orders for motor vehicles rose 1.8 percent in April, reflecting a solid demand for auto loans. Orders for heavy machinery — including industrial equipment — slid 0.8 percent, in a second consecutive month of decline.

However, overall business spending has also increased by some 7 percent over the past 12 months, suggesting that the private sector is ramping up investment after several years of tepid expansion.

"Businesses are spending more, but not enough," Joel Naroff of Holland, Pennsylvania-based Naroff Economic Advisors said. "Given the huge tax cuts in the tax bill, anything less than double-digit increases would be a major disappointment."

The private sector now has more reasons to spend, the main of which is there are more lucrative investment opportunities in the economy at this point.
While consumer spending is gradually improving, the ultra-low unemployment suggests that an ever-increasing number of people will be willing to buy goods and services in the near-to-mid-term.

Subsequently, consumer-sector enterprises are seeking to expand their operation to meet the rising demand. Meanwhile, US manufacturers are enjoying the positive effects of the expansion in broader US exports, driven by the strength of the global economy.