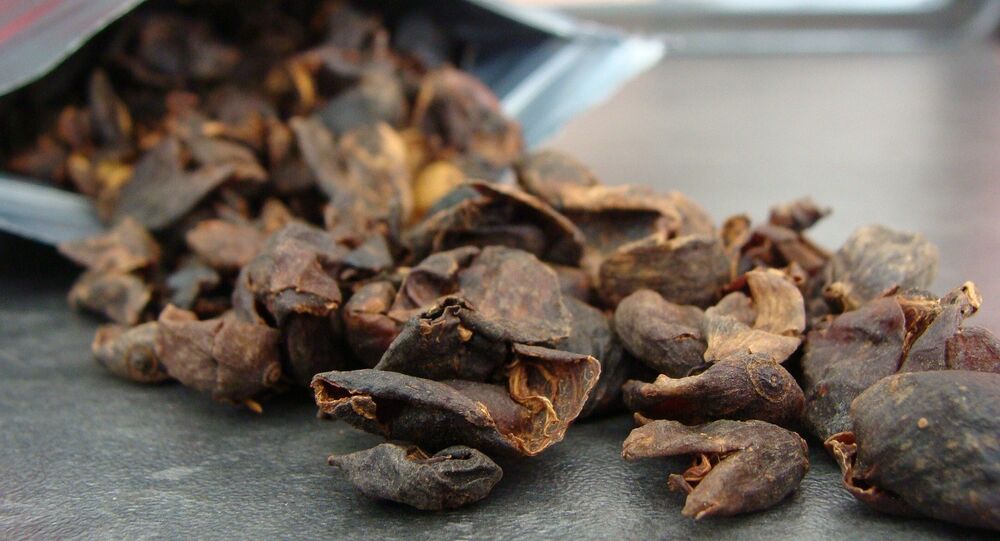 Several coffee-house networks in North America are now offering a new brand of your regular cup of Joe to their menus – and it’s based off the dried waste, a by-product of industrial coffee-farming.

Kristian Rouz — Skyrocketing global demand for dried coffee husk, known as cascara, is driving the prices for what has been discarded as waste in coffee farming for decades, if not centuries.

This comes as a pleasant surprise for coffee farmers in Central America and beyond, as chain-store coffee shops — most prominently, the Seattle, Washington-based Starbucks — are increasingly basing their brews on coffee husk rather than actual beans.

READ MORE: New Delicious Coffee With Kim and Moon Made in Honor of the 2018 Korean Summit

According to the Global Coffee Report, the international coffee market is poised to expand to $10.8 bln by 2021, with Starbucks selling some four bln cups of coffee per year. The Seattle-based company has recently moved to use dried coffee husk as a substitute for coffee beans, partly, as an effort to reduce the alleged environmental footprint of global coffee farming.

However, there is another and a more consumer-appealing reason for the rising use of coffee-waste. Coffee farmers say cascara can absorb flavors of other produce, for example, fruit such as avocado and green apples.

Screenshot/CJ Werleman
‘I Don't Like Your Religion': US Man Booted From Coffee Shop for Harassing Muslim Customer (VIDEO)
Additionally, cascara allegedly has a milder taste, which is more appealing to broader audiences of mass-consumption at fast-food chains, rather than hardcore coffee-lovers.

"We discovered that it has a deep, rich, cherry-and-date kind of flavor to it," Matt Poli, beverage director at Nashville, Tennessee-based Catbird Seat said.
Starbucks introduced its new cascara-based brews across the US and Canada several months ago, whilst other coffee shop chains — including Blue Bottle Coffee and Stumptown Coffee Roasters — have added coffee-waste drinks to their line-up as well.

"You get a little bit of that slightly bitter coffee flavor in the cascara drink," Poli said. "I think that really accentuates the flavor of the beets."

Due to the rising demand from major coffee chains, cascara has increased in price up to $7 per pound, whereas coffee beans are about $1.20/lb.

What is now seen as a promising new agricultural commodity, cascara would previously go from a coffee farm straight to the landfill, and environmental activists have claimed this as a part of their problem with coffee-farming. Now that coffee husk is more expensive than actual coffee, this might change, but some consumers are still wary of the hip and Earth-friendly coffee substitute.

According to the US Food and Drug Administration (FDA), cascara-containing products should not be considered generally safe. The FDA said cascara could be referred to as a nutritional supplement, but the existing data on its effects to human health is insufficient to fully assess the risks associated with the consumption of coffee-waste, including in brews.

© CC BY 2.0 / Matthew G / Holborn, London
'Buy Them Coffee & Cake': How to Celebrate the 'Love a Muslim Day' in Britain
This comes as health effects of coffee use have been well-scrutinized and researched over the past several hundred years, both empirically and clinically.
Additionally, two separate studies found cascara contains anthranoid laxatives, which might eventually cause colon cancer. However, the studies stressed there is too little empirical evidence to back up a possible claim that cascara-based brews cause cancer — despite that they indeed might have a laxative effect.

Whilst a low-key debate around the use of coffee-waste instead of coffee for the sake of the environment has yet to commence, Starbucks is offering a medium-iced cappuccino with cascara foam for some $4.75 per cup. This comes as regular coffee sells at some $2.25, give or a take a quarter depending on the location.

It is yet unknown whether cascara brews will become a new craze amongst the left-leaning, environmentally-conscious public, but its marketing model appears to be quite solid, if not impressively genius — it's nothing more than coffee-waste, after all.

Brewing Bad: Chemists Figure Out How to Prepare the Perfect Cup of Coffee