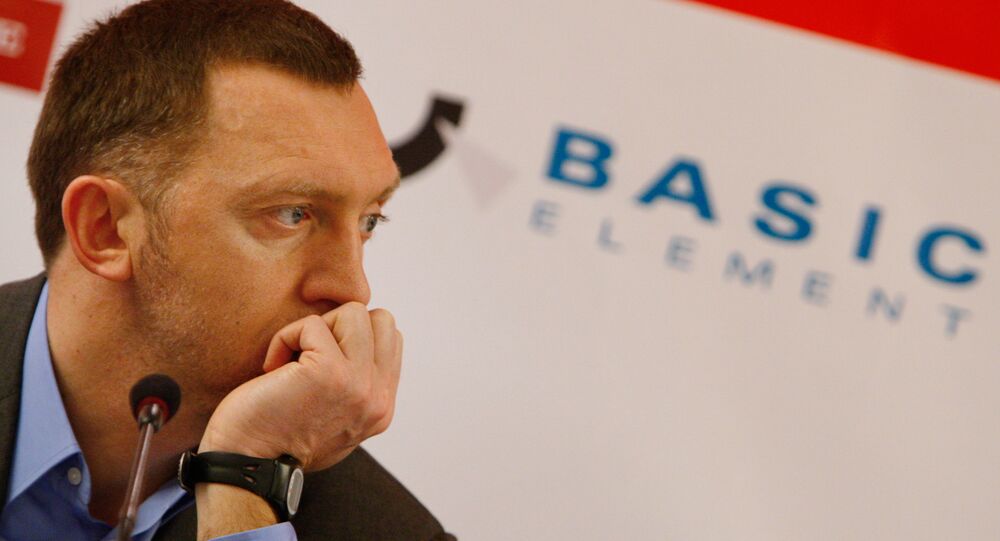 Earlier, Oleg Deripaska has left his position as president of the aluminum company Rusal and En+ energy group in order to head the Nornickel company, specializing in nickel and palladium.

On Thursday, Rusal announced the resignation of its chief executive Alexandra Bouriko and seven other board members.

© Sputnik / Grigoriy Sisoev
US Vows to Cancel Sanctions Against Russia's GAZ Group: Deripaska Has to Leave
This move comes a week after En+ Group, a firm that controls assets of the US-blacklisted businessman, said Deripaska had left its Board of Directors as part of the plan to have US sanctions on it lifted by reducing his stake below 50 percent.

On May 2, the US Treasury issued a guidance related to Russia's Rusal and En+ Group, saying the United States could reverse sanctions on the companies if Oleg Deripaska cedes control of the companies.