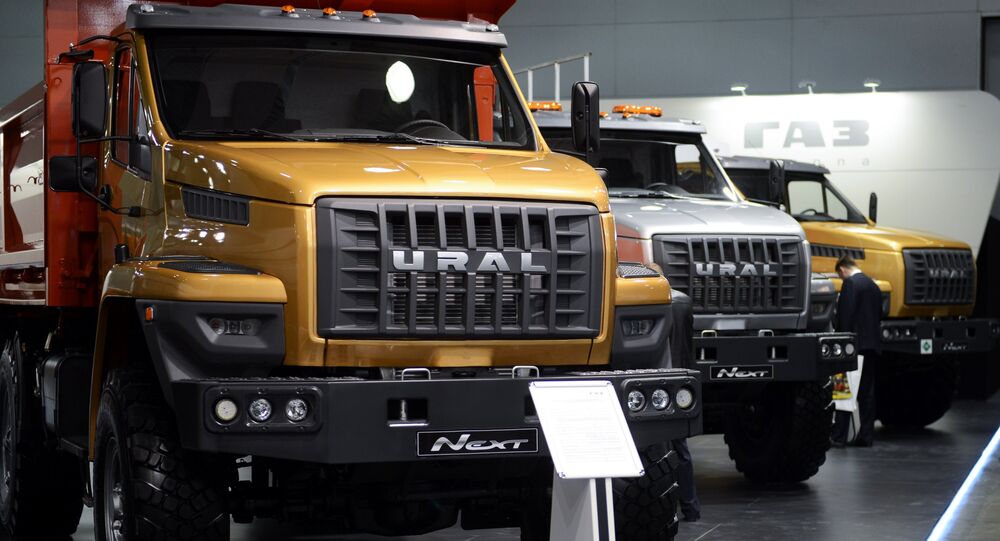 US Vows to Cancel Sanctions Against Russia's GAZ Group: Deripaska Has to Leave

WASHINGTON (Sputnik) - The United States may remove sanctions imposed on Russia’s GAZ Group if Oleg Deripaska cedes control of the company, the US Department of the Treasury’s Office of Foreign Assets Control (OFAC) said in newly published guidance on its website on Tuesday.

"Consistent with OFAC regulations, parties may be removed by demonstrating a change in the circumstances that led to their designation. In the case of GAZ Group, absent other adverse information and consistent with the facts and circumstances of any petition for delisting, the path for the United States to provide sanctions relief is through divestment and relinquishment of control of GAZ Group by any Specially Designated Nationals, including Oleg Deripaska," the OFAC guidance said.

On May 2, the Treasury issued similar guidance related to Russia's Rusal and En+ Group, saying the United States could reverse sanctions on the companies if Deripaska relinquishes his control. Deripaska on Friday resigned as the director of the En+ Group.

© AP Photo / Vincent Yu
Deripaska Quits as Aluminum Firm Rusal President to Head Nornickel - Source
In its newly issued guidance, the US Treasury also announced on Thursday that Washington has extended the deadline for US investors to wind down their business dealings with Russia's GAZ Group in compliance with newly imposed sanctions.

On April 27, Deripaska agreed to reduce his stake in the En+ Group below 50 percent and leave the company's board of directors after OFAC said it could consider further sanctions relief for Rusal under certain circumstances, particularly if Deripaska relinquished control of the company.

However, a spokesperson for the US Treasury Department told Sputnik that reducing Deripaska's ownership of the En+ Group would not necessarily guarantee that sanctions on the firm would be lifted.