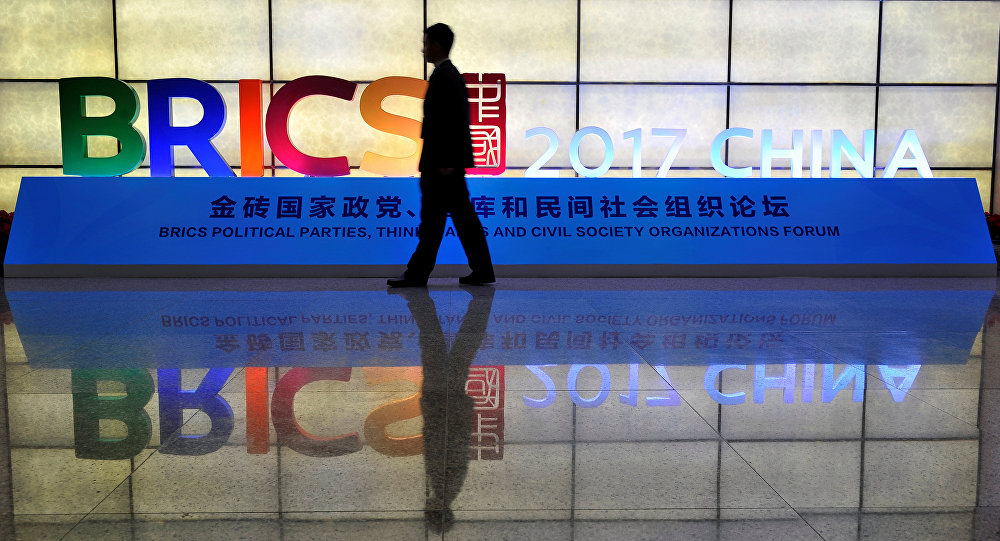 WASHINGTON (Sputnik) - Creation of a free trade zone is currently not a priority for the member countries of BRICS, however, it is not being ruled out in the future, Head of BRICS Office at Russia’s Ministry of Foreign Affairs Mikhail Kalugin told Sputnik.

"As for a free trade zone, this is not a priority for BRICS at this point," Kalugin said on Thursday. "I want to note that in the areas of trade and investment, our main priority is removing barriers, simplifying procedures related to trade and investments. This work is always ongoing in the working groups. Given the geographical dispersion of our countries, and differences in the economies — while this is not a priority for us, I would not exclude it in the future."

Kalugin talked to Sputnik on the sidelines of the Doing Business With BRICS conference in Washington, DC, organized by the Eurasia Center and the Eurasian Business Coalition.

The diplomat said that BRICS would eventually increase mutual trade in national currencies although it might take years.

"The financial sector is one of the most promising for BRICS. A lot has already been achieved, and much is still ahead, for example, increasing the role of national currencies in mutual payments. This is one of the most relevant issues, and we are working on it," Kalugin explained. "Of course, it requires time, it can’t happen in one day, and it may even require years for a share of a national currency to grow, but I think that it will objectively be happening." He also noted that BRICS nations are working on improving ties between the national rating agencies.

The diplomat also stressed that importance of BRICS cooperation in the banking area.

"Cooperation in the banking area is an important topic for BRICS. We have an active intra-banking dialogue," he explained. "The New Development Bank, which is one of the most visible and important mechanisms of our economic cooperation, is expanding its credit activity every year. As of spring of this year the bank approved 13 projects totaling $3.8 billion. There are more projects at the preparatory stage. The banks’ general strategy until 2021 provides that the bank will finance loans for some $15-18 billion."

The New Development Bank was established by BRICS in July 2014 to finance infrastructure and sustainable development projects both within the BRICS and in developing countries. 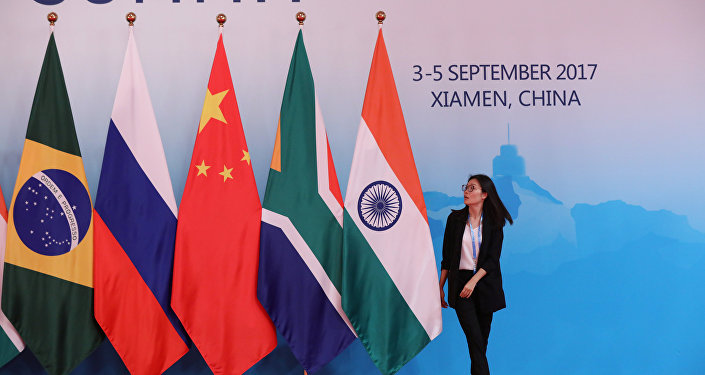 The MFA's BRICS Office head said that Russia would like to have a platform within BRICS for energy research that would lead to joint projects in this area and boost cooperation on counterterrorism.

"Russia is promoting a number of initiatives. We hope that there will be agreements on them this year as well," Kalugin said. "These initiatives include the creation of a platform for BRICS energy research which would allow the scientists and experts from our countries to exchange information on energy markets, hold joint reviews of energy markets and subsequently launch joint projects in the energy area. We, of course, also hope for strengthening projects on countering terrorism.”

Another important initiative is in the area of women entrepreneurship, Kalugin added.

"We would like to establish a BRICS business women alliance where women entrepreneurs could more closely contact with each other, get experience and develop women entrepreneurship of our country," he said. "We also would like to strengthen our joint work in the area of international information security including having framework agreements, mutual support of our initiatives at the UN."

Kalugin added that South Africa, which will host the next BRICS summit on July 25-27, wants to increase cooperation in areas such as counterterrorism and peacekeeping.

The diplomat said that the top diplomats from the BRICS countries would discuss the Joint Comprehensive Plan of Action that governs Iran’s nuclear program at a meeting scheduled to take place in the South African city of Pretoria at the beginning of next month.

Russian Deputy Foreign Minister Sergey Ryabkov announced earlier in the day the next meeting of top diplomats of Brazil, China, India, Russia and South Africa will take place on June 4.

Kalugin pointed out that the agenda is still being prepared for the meeting, but traditionally the ministers discuss all the current most important issues.

BRICS is an association of five developing economies, which comprise over one third of the world's population. BRICS member-states (China, Russia, Brazil, India and South Africa) have a combined nominal GDP equivalent to approximately 20 percent of the gross world product.