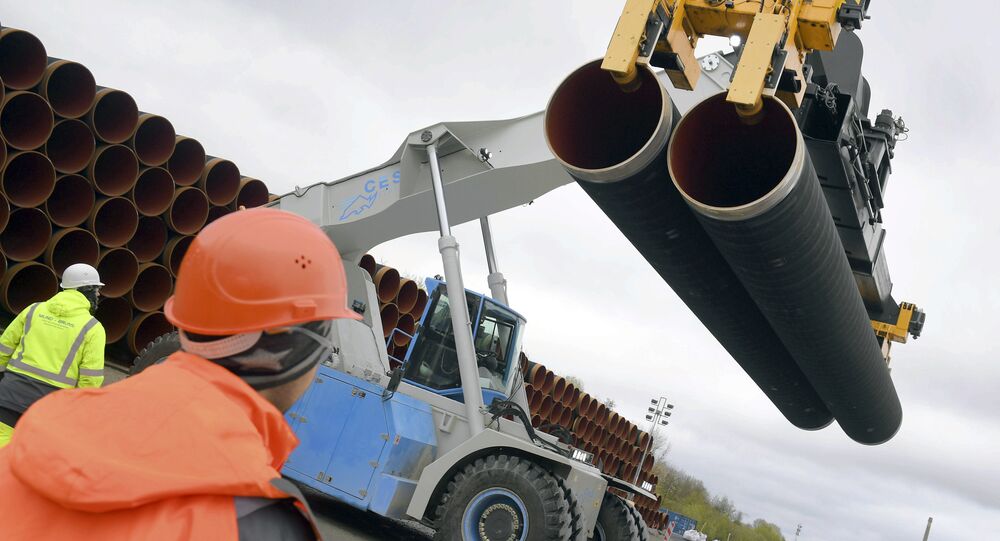 The US government is reportedly preparing to employ punitive measures against the Nord Stream 2 pipeline which may soon create another route for shipping Russian natural gas to Europe.

Sandra Oudkirk, US Deputy Assistant Secretary of State for Energy, has declared that the White House is willing to impose economic sanctions against the Nord Stream 2 pipeline project, Spiegel Online reports.

According to her, the undersea pipeline will allegedly provide Russia with an opportunity to install surveillance equipment beneath the Baltic Sea and may also increase Europe’s reliance on Russian natural gas supplies.

"We would be happy if the project did not come to pass," Oudkirk said.

© Sputnik / Sergey Guneev
Nord Stream 2: Why Poland's Plan to Gouge Money Out of Gazprom, EU Firms Doomed
Deutsche Welle however points out that the White House also has an ulterior motive in this matter as it "would like to export to Europe the natural gas it extracts through hydraulic fracking, pushing Gazprom out of the market."

Earlier US Ambassador to Germany Richard Grenell also criticized the Nord Stream 2 project, claiming that "it’s about Russian influence" and that the United States is "very concerned" about the pipeline venture.

The Nord Stream 2 pipeline is projected to deliver 55 billion cubic meters of Russian natural gas annually to the EU across the Baltic Sea to Germany, bypassing Ukraine.

While Germany and Finland have already approved the project, the United States and several EU countries along with Ukraine claim that the pipeline will increase Europe's dependence on imported Russian gas.