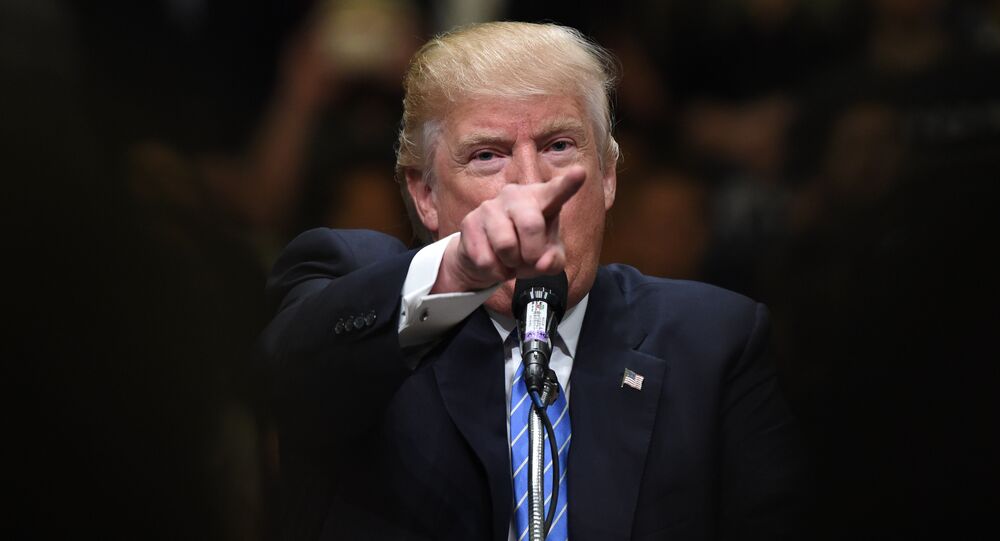 WASHINGTON (Sputnik) - US President Donald Trump said in a statement on Tuesday that trade negotiations are still underway with China and both countries have imposed additional tariffs.

"Trade negotiations are continuing with China. They have been making hundreds of billions of dollars a year from the US, for many years. Stay tuned!" Trump said in a Twitter message.

According to the Chinese Commerce Ministry, State Council Vice Premier Liu He is expected to arrive in the United States on Tuesday for trade negotiations.

© AP Photo / Mark Lennihan
Trade Dispute With US Can Fuel China's Transformation From World's Workshop to Global Brain Trust
The first round of trade talks between China and the United States took place in Beijing on May 3-4. The two delegations addressed such issues as expanding US exports to China, bilateral trade in services, bilateral investments, intellectual property protection and tariffs. According to the Chinese media, a consensus was reached in some of these areas, but major disagreements still remained.

In addition, in April, US President Donald Trump threatened to introduce extra tariffs on the Chinese imports worth about $150 billion per year, after which China announced its decision to impose 25-percent tariffs on a total of 106 goods imported from the United States.