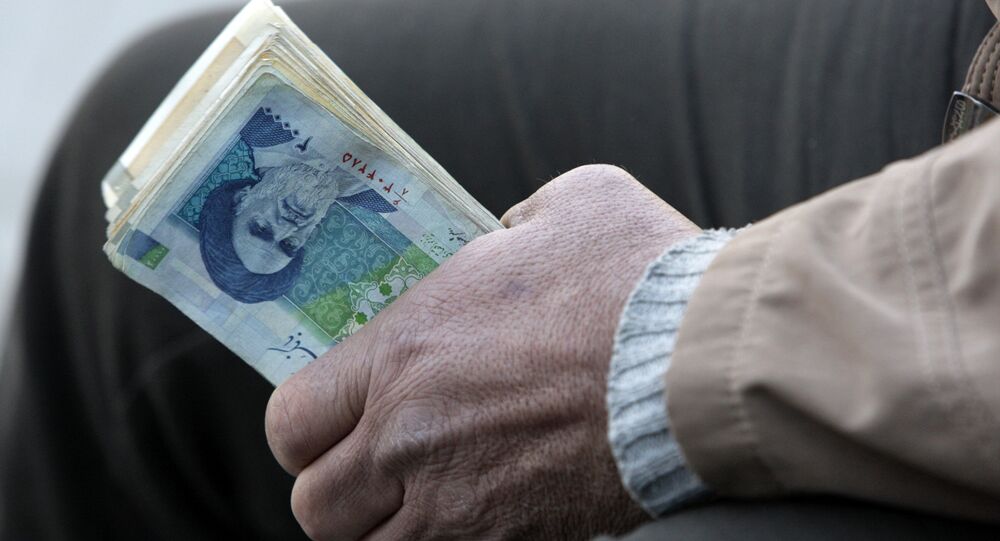 MOSCOW (Sputnik) – Tehran has taken preliminary steps to establish a bank for transactions between Iran and the European Union in euros in an effort to settle possible financial issues which might arise after Washington's recent decision to withdraw from the Iran nuclear deal, Iranian Ambassador to Germany Ali Majedi said on Monday.

"We have not waited for others to take this move and adopted some measures to set up a Euro-based bank … Europe should establish a Euro bank to continue banking cooperation with Iran … Certainly, a bank which only works with Euro will strengthen Euro itself," Majedi said as quoted by the Iranian Fars news agency.

The creation of such a bank would allow Europeans to continue trade with Iran, as well as with Russia, which is also under the US sanctions, Majedi noted.

The Iranian diplomat suggested that this bank could be private, and added that it would be based in Germany.

"At present, Iran and the EU, as well as Russia and China, are facing an important test to show to the world through cooperation that in some areas things can be done without the US partnership," Majedi pointed out, emphasizing the importance of the commitment of Iran and the European states to continued implementation of the Iran nuclear deal despite the US unilateral withdrawal from it.

© AP Photo / Office of the Iranian Supreme Leader
IRGC Commander Slams US as 'Untrustworthy' Amid Withdrawal From Iran Deal
The move follows the recent US withdrawal from the Iran nuclear deal explained by Washington by the alleged flows in the arrangement.

Other parties to the agreement — China, France, Germany, Russia, the United Kingdom, and the European Union — opposed to the US move. The European politicians, particularly, expressed opposition to the United States imposing its economic policies on them by banning the EU companies from cooperation with Iran.

Since the Iran nuclear deal, formerly known as the Joint Comprehensive Plan of Action (JCPOA), came into effect in early 2016, many large EU companies, such as Airbus, Total, and Volkswagen, have engaged in deals with the Iranian companies.