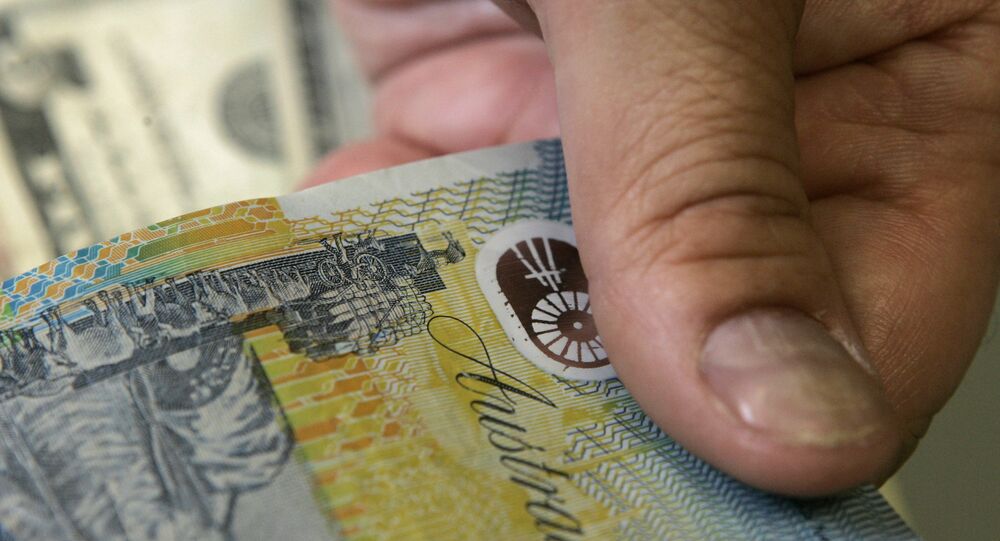 Traceable You: Australia to Ban Cash Transactions Over $10,000 Starting 2019

Citing the necessity of fending off tax cheats, drug-money laundering and terrorism, Canberra will outlaw the use of cash for any transaction above $10,000, sparking new fears of increased surveillance and control in a “digital society.”

© Sputnik / Alexey Malgavko
Australia’s Claims About Russian Cyberattacks Unfounded – Russian Lawmaker
Beginning in July 2019, it will be illegal in Australia to make any purchase in the amount of $10,000 or greater in cash, as privacy advocates note that the use of checks or credit/debit cards connected to banking institutions is the perfect surveillance tool, according to Gizmodo.

But Canberra, alarmed at huge losses in its heavily-taxed tobacco market, is celebrating the "the transition to a digital society" and has branded the move as a tough-guy stance against crime.

"This will be bad news for criminal gangs, terrorists, and those who are just trying to cheat on their tax or get a discount for letting someone else cheat on their tax," asserted Treasurer Scott Morrison in announcing the new money laws Down Under.

Terrorism and tax fraud aside, the biggest target for the new rules arguably remains black market tobacco, as the country has the highest tax on cigarettes in the world.

With individual packs of the popular cancer sticks running near $40 each, it's no surprise that an aggressive black market for cigarettes has driven something of a hard currency resurgence in a country that reportedly does some 37 percent of its commercial transactions in cash, cited by the Guardian.

The cash ban was recommended by Australia's so-called Black Economy Taskforce, as part of attempts by the Department of the Treasury at stemming what Canberra estimates is some $50 billion lost annually in government revenue.