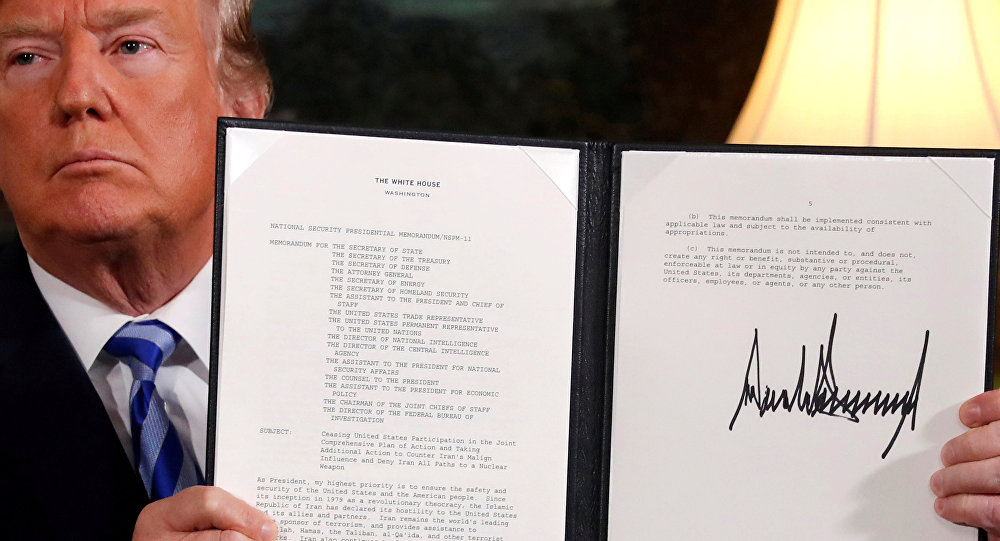 "The Chinese side is ready to support close contact and coordination with all the sides to the agreement. Given its objective, just, and responsible position, [Beijing] will continue making every effort to protect the comprehensive deal," Wang said, as quoted by the Chinese Foreign Ministry, after meeting with his Iranian counterpart Mohammad Javad Zarif.

The Iranian nuclear deal is a result of multilateral efforts contributing to the protection of the international non-proliferation regime, and supporting peace and stability in the Middle East, Wang added.

Earlier on Sunday, Zarif began his foreign trip dedicated to the Iranian nuclear deal, formally known as the Joint Comprehensive Plan of Action (JCPOA). After visiting China, the Iranian foreign minister is expected to travel to Russia to meet with Foreign Minister Sergey Lavrov, and subsequently go to Brussels for holding talks with the foreign ministers of France, Germany, and the United Kingdom, and the EU foreign affairs chief Frederica Mogherini.

The current tensions around the Iranian nuclear deal followed Tuesday’s announcement of US President Donald Trump that the United States would pull out of the deal. Apart withdrawal, Trump announced Washington's plans to renew its sanctions against Tehran.

READ MORE: US Not Ruling Sanctions Against EU Companies for Cooperating With Iran — Bolton

The Iranian nuclear deal was reached in 2015 between Iran, the P5+1 group, inducing the five permanent members of the United Nations Security Council (China, France, Russia, the United Kingdom, and the United States), plus Germany, and the European Union. The agreement envisions the gradual lifting of western sanctions against Iran in exchange for Tehran abandoning its nuclear program.