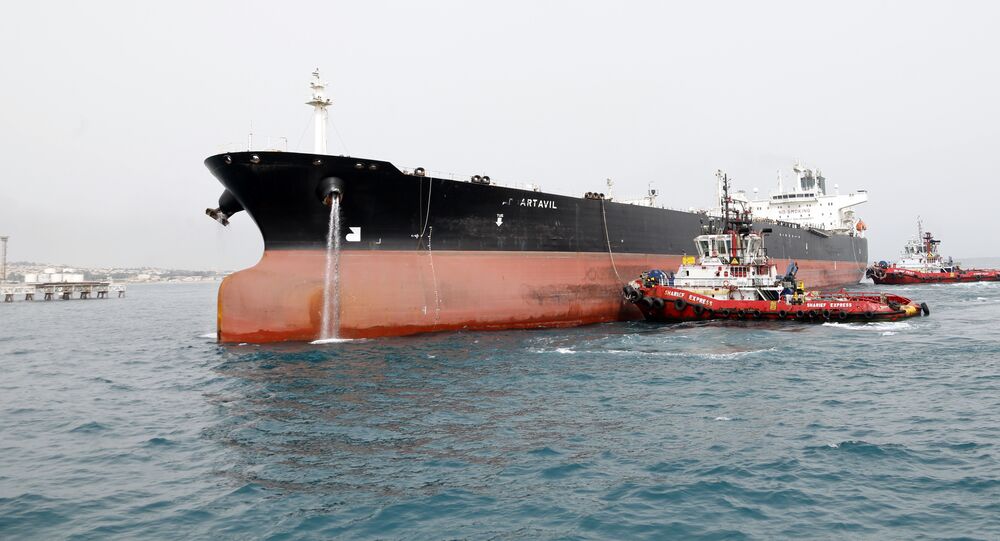 Oil prices continue to rise while US President Donald Trump mulls over whether to withdraw from the 2015 nuclear deal with Iran – an OPEC member state that controls massive reserves of oil and natural gas.

Brent crude oil futures rose as high as $75.67 per barrel, reaching a three-year high, while US West Texas Intermediate (WTI) crude futures reached the level of $70.56 per barrel, according to media reports.

Iranian Oil Minister Bijan Namdar Zanganeh claimed that the ongoing rise in oil prices the result of "manufactured tensions," adding however that Tehran does not advocate the current price hike and instead supports "reasonable prices," according to the Ministry’s news agency SHANA.

The minister also insisted that introducing politics into the oil market is detrimental to producers and consumers alike, Bloomberg reports.

"We strongly believe the oil market should not be political. Political interference will disrupt the process of development and exchange in the market," he said.

The EU leaders attempted to convince the US president not to dump the nuclear deal, as Donald Trump has constantly criticized the document as "anti-Israeli." Back in January, he asked Congress and Brussels to address "flaws" in the agreement. The US is expected to announce whether it will reinstate sanctions against Iran on May 12.