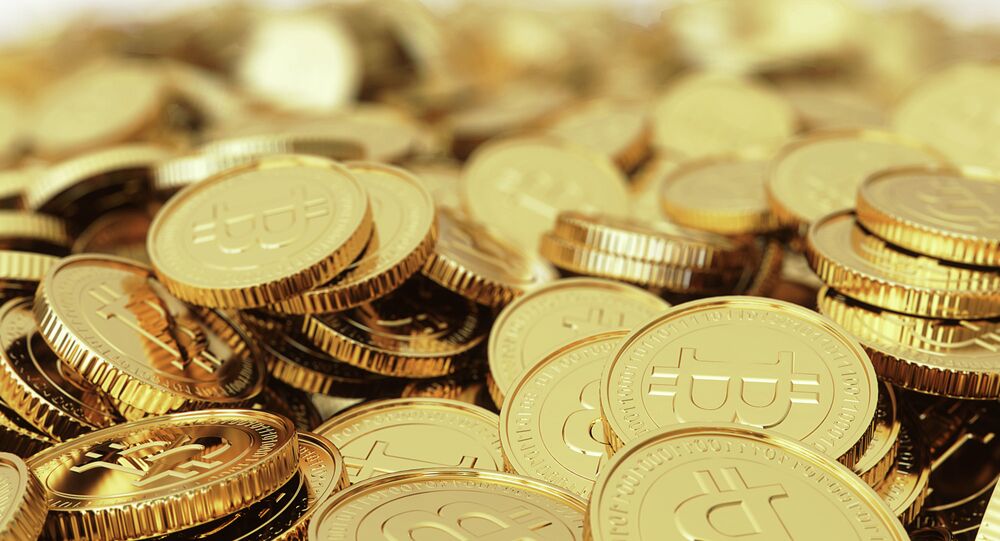 Blockchain technology is the foundation that all currently existing cryptocurrencies are based on. It also serves as the technological basis for the digital money many cities and communities worldwide are now working on.

Barcelona has launched its own currency – the REC, which residents can initially spend in 10 neighborhoods and which may spread to more areas of the metropolitan zone.

REC, which stands for Recurso Economico Ciudadano (Citizens' Economic Resource), is meant to promote local trade by urban dwellers who are able to spend their “resident coins” in shops, bars and other businesses in the city, with payments going straight to the retailer's mobile phone, the thinkSpain website reported.

© REUTERS / Dado Ruvic
Google May Roll Out Its Own Blockchain-Based Technology
The exchange rate for the REC equals that of the euro, but during the initial stages of its introduction, shop owners are the only ones allowed to exchange the city currency into euros.

REC comes as part of the European “B-Mincome” social initiative and the Urban Innovative Actions (UIA) program, which is behind the idea of a minimum level of income being guaranteed to all residents and which the EU wants to see in place in all of its member-states.

In an interview with Sputnik Mundo, Argentine economist Juan Valerdi detailed the possibilities such city currencies have on offer.

“What you get is fast-track financial involvement where you don’t have go to a bank and become a client. You get access to financial services which are provided right to your mobile phone at prices which are way lower than what you normally get at conventional banks,” Valerdi explained.

Even better, he added, more people are able to use digital instruments of exchange. Moreover, the money doesn’t go anywhere, as it is spent inside the community and reinvested into this very community.

He added that even though these financial instruments were developed mainly in Europe, poorer countries could benefit even more from their introduction.

“For example, this is happening in Africa where there is a direct switch to blockchain bypassing the traditional financial institutions,” Juan Valerdi said.

“People can make payments with this currency right from their cellphones, which is rather paradoxical because these are poor countries but everyone has a mobile phone,” Juan Valerdi added.

READ MORE: Diamonds Are Forever, And Now They're on The Blockchain

The pilot project, just launched in Barcelona, will run until October 2019 and may continue thereafter if it is a success.