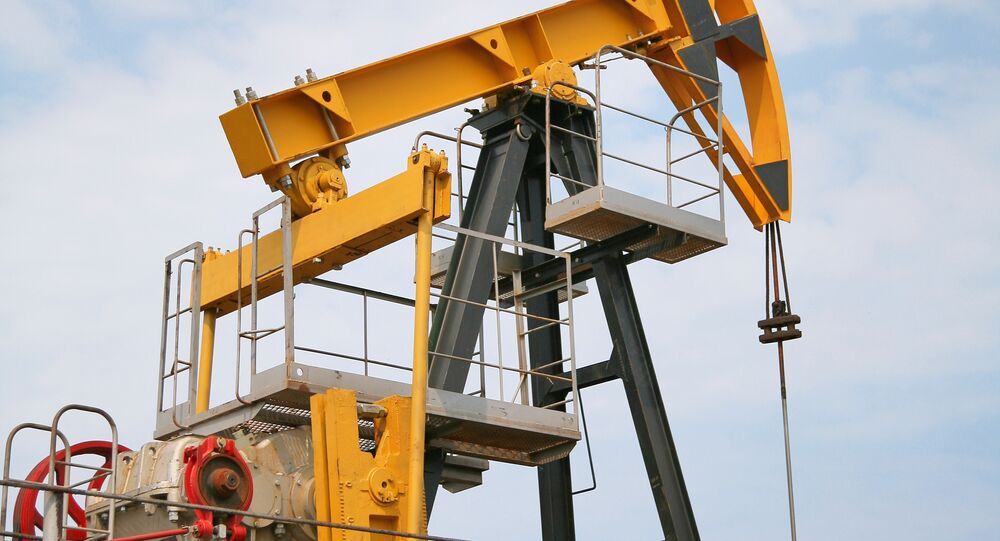 Phil Flynn: The concerns now are that there could be renewed sanctions on Iran. We see the tightest oil market in a generation, mainly because of strong global demand, and the potential loss of Iranian supplies is not going to be easily made up for.

Sputnik: Is it likely that the current gain in oil prices will be sustained and the price will go even higher?

© AP Photo / DEBBIE HILL
Crude Oil Prices Jump as Netanyahu Takes Aim at Iran
Phil Flynn: We are going to see how the world views this. If it views this as a credible threat, I think this would lead to more sanctions and higher oil prices. […] The global oil market is on the rise because of underinvestment over the past couple of years and strong global demand. So I think we are in a new super-cycle on oil and we are going to see higher prices in the future.

Sputnik: Will additional sanctions on Iran impact the supply of Iranian oil to the global market?

Phil Flynn: China and India are the biggest importers of Iranian crude oil, and other countries like Turkey, too. Oil is a commodity and it’s not going to be just these countries, it’s going to be everybody on the globe.  Prices go up because of  a disruption in supplies and [the effects of this disruption] will be felt throughout the globe.

Sputnik: What countries are most likely to make up for the loss of Iranian oil supplies?

Phil Flynn: I think these will be the other OPEC countries. But to be honest with you, Russia, the US, maybe Saudi Arabia, have a lot of spare production capacity to fill that void. But I don’t think that Russia or Saudi Arabia will be in a hurry to do that. Let’s face it – they’ve been working together to raise the oil prices for the last year with this alliance between Russia and the OPEC, so I think they would sit back and watch the prices rise a little bit and not necessarily be in a hurry to make up for that loss of supply.

'Mr. Trump Talks Too Much': Iran on Oil Embargo Extension