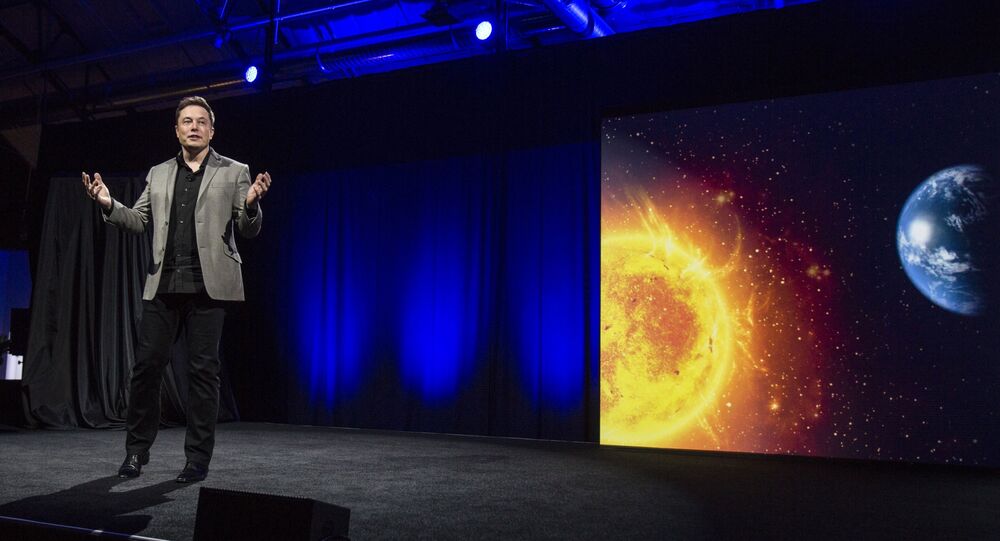 Guess How Much Cash Musk's Tesla Burns Per Minute?

Tesla is burning cash rather than fuel, Bloomberg reported. The Manhattan-based business media outlet stated that if Elon Musk’s brainchild Tesla continues to spend at the same pace as it is doing now, the company may run the risk of ending up short of cash before the end of the year.

The world's premier electric vehicle maker burns through more than $6,500 every single minute, according to data collected by Bloomberg, which even added an online calculator on its website. Free cash flow, namely the net result of actual cash received and paid during a company's operations, has been negative for five consecutive quarters, with the total debt amounting to $9.4 billion. And for now, the 15-year-old company reportedly doesn’t seem to have a sufficient amount of cash to make it through the calendar year.

Detailing the company’s stock exchange indicators, John Thompson, CEO of Vilas Capital, expects Tesla’s stock to crash within six months, and this, according to him, could trigger bankruptcy because the company basically relies on the capital markets to survive.

According to another analyst, Gordon Johnson of Vertical Group, Tesla’s share price, currently at around US $300, could dip to as little at US $84 by 2019, as hordes of competitors are now entering the electric vehicle market.

However, the details are expected to surface in Tesla’s next earnings report, due to be issued on May 2.

Root of All Evil

Whereas Musk’s concept of self-driving vehicles centered around total automation, the reality of Tesla’s business is all about manpower, according to Bloomberg. For instance, in 2010, the company had an estimated 899 employees, while in recent years the number has spiked to roughly 40,000.

In the meantime, despite the current hiring binge, revenue per employee hasn’t changed at all, which makes Tesla trail far behind its closest rivals, General Motors Co. and Ford Motor Co., the business news website wrote. The latter are reported to generate about 2.5 times as much revenue per employee.

Tesla's First Seven Years, or What May Save the Company

However, there are many things that set Tesla apart. One of them is most notably the company’s prowess in raising money, which has been proved more than once in the last few years, according to Bloomberg analysts.

For instance, from 2003, when Tesla just started to operate, to 2010, Tesla was financed entirely through private and venture capital funds, with the largest amount of finances coming from Musk himself. In 2004, when the automobile company raised $7.5 million in a Series A, Musk added another $6.3 million to the overall sum and obtained the chairman position on Tesla’s board of directors.

The company had a hard time in 2008, as it struggled to survive through a severe recession. Back then, Musk came up with a $40 million debt deal that essentially closed just hours before Tesla would have announced bankruptcy, according to Bloomberg.

Separately, Tesla is known for its dedication to clean energy, which also makes it stand out among the ranks of other car manufacturers. There were reports that in 2010, The US Department of Energy granted Tesla a staggering $465 million loan, which it fully paid off in the next three years.

"We will not stop until every car on the road is electric" — Elon @elonmusk
Bring it on! #ExitOil is the only way forward! #Mission2030 All cars electric!@TESLA @BMWi leading the way…. pic.twitter.com/QnH373m0Vu

The degree to which Tesla has so far been able to talk investors into injecting deposit money into a promising project or "take advantage of government subsidies for emission-free vehicles" is unprecedented, Bloomberg concluded.

To illustrate it, the edition outlined last year’s statistics, saying the company was sitting on a whopping $854 million in customer deposits as of the end of 2017.

Tesla currently mass produces three cars – the Model S and Model 3 sedans, as well as the Model X SUV at its plant in Fremont, California. There are, however, plans to add to the list an electric semi-truck, tested late last year, a new roadster sports car and a crossover.

Thank you @elonmusk and thank you to the whole @Tesla team for making safety one of your top priorities. Last Friday I had a serious accident with my Tesla Model S. Had I been in any other car, the consensus among First Responders is that I would no longer be here. Thank you. pic.twitter.com/P6vy112dzp

Standing next to the first @Tesla Model 3 in Texas! excellent job @elonmusk and thanks also to @decredproject for the tshirt! pic.twitter.com/6QcnICk9qd

To meet the objective, Tesla will need an additional $2 billion in funds this year, Bruce Clark of Moody’s Investors Service said. He also noted that $1.2 billion of existing debt will come due by 2019. According to The Economist, bank Jefferies sees the EV maker in need of raising between US $2.5 billion and US $3 billion this year.

Refuting the claims of most sceptic analysts and anticipating new ones, Elon Musk said in mid-April that Tesla would be profitable and its cash flow positive in the third and fourth quarters this year, reiterating that the car maker is in no need of raising cash.