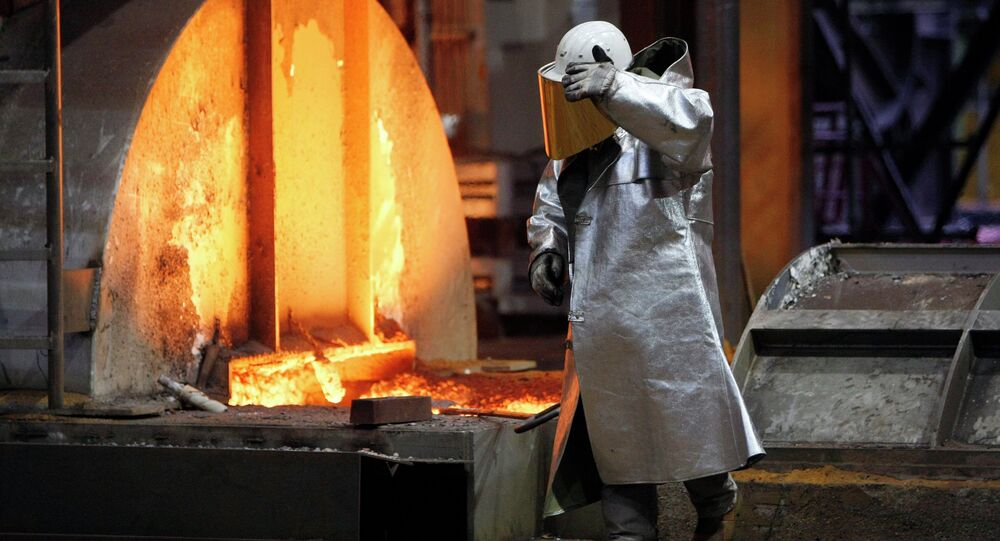 Germany Warns Against EU-US Trade War, as 'Transatlantic Relations Are at Stake'

Just before the day X, when the US is scheduled to decide on taxing EU metal imports and the EU will consider retaliatory tariffs on US aluminum, steel, whiskey, orange juice and motorcycles, the German Minister of Economics warns about the risks of the trade war.

"My opinion is that neither the US nor the Europeans should risk a trade war," German Economics Minister Peter Altmaier told the German broadcaster ARD. He expressed a commitment to talks and discussions rather than punitive tariffs on US goods. According to Altmaier, the possible trade war can hit transatlantic relations.

"The trade policy of the last 40 years is at stake," Altmaier said, indicating that trade relations were a major EU-US sticking point, along with customs issues, defense and NATO spending, and the Iran deal.

The politician, who represents Angela Merkel’s Christian Democratic Union in the government, advised that Europe should put an offer for the US on the table. Germany's federal government has debated whether a more comprehensive trade deal with the US apart from the tariff policy should be hammered out.

He said that he thinks it is “not smart" for the EU to impose tariffs on the certain US imports, as it proposed doing in response to possible metal tariffs for the EU steel and aluminum.

"We should not embrace the approach of Donald Trump," he said, stressing that companies and consumers will have to carry the burden of higher tariff barriers.

Altmaier’s statements fall in line with the position voiced by Chairman of the Foreign Affairs Committee of the German Parliament. Earlier, Norbert Roettgen told the broadcaster ARD that the EU should not, and according to him, possibly won’t “take any retaliatory measures that are, but should stand by its conviction and position, which is that all issues should be settled with a comprehensive trade deal.” He prepared himself for "pinpricks" to make it clear for the US that they cut themselves "in their own flesh" with the tariffs.

EU Set for Tough Line Ahead of “T-Day”

The EU Trade Commissioner advocated a tough approach, dismissing any possibility of negotiations with the US until Europe is guaranteed an "unconditional and permanent" exemption from tariffs. Moreover, Cecilia Malmstroem has drafted a list of US imported goods, which could be taxed in response for not granting the EU permanent exemption. Beside iron and steel, these are orange juice, jeans, whiskey and Harley-Davidson motorcycles.

The EU was temporarily excluded from the higher aluminum and steel tariffs imposed by Donald Trump in March as a protective measure for the US producers, along with the US’ other key trading partners Canada, South Korea and Mexico.The White House is set to decide by May 1, whether the EU gets permanent exemptions.

This became one of the topics of the talks between Donald Trump and Angela Merkel, as the German Chancellor visited the White House last week. It remained unclear if the US plans to grant the permanent exclusion.

“The president will decide – that’s very clear. We had an exchange of views on the current state of affairs and the negotiations. The decision lies with the president,” Merkel told the reporters after the meeting, while Trump complained that the US and Germany “need a reciprocal relationship, which we don't have.”