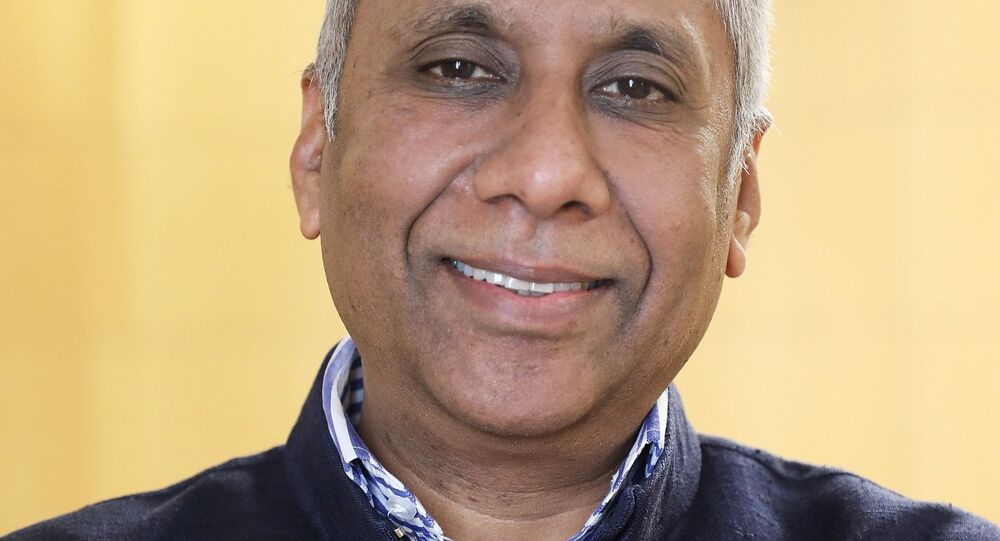 New Delhi (Sputnik) — The CEO of Invest India, Deepak Bagla, has stated that the entry of large investors apart from Napster and Softbank, along with policies and infrastructure keeping pace with the ecosystem's requirements, shows that India's startup ecosystem is going to get better.

Invest India is a national investment promotion and facilitation agency, set up as a non-profit venture under the department of industrial policy and promotion within India's ministry of commerce and industries. The agency's mandate is to attract and retain high-quality investments into the country, acting as the first point of reference for potential investors. Startup India, a government initiative to promote entrepreneurs is housed within Invest India.

In an exclusive interview with Sputnik, Deepak Bagla said India's startup ecosystem has definitely not reached its pinnacle yet, but the institutional and political support recognizing its potential is soon going to take it there.

Sputnik: What is your view on the current Indian startup ecosystem?

Deepak Bagla: Over the past four years, we have been able to rapidly raise our name in the startup ecosystem chart. The fact that we are once again the fastest growing economy in the world has of course aided this as well. The rapidly growing startup community is solving critical issues across various sectors — from agri-tech innovations which are helping farming become more productive to propagating financial inclusion; the flag bearers of this change have been our startups. Their contribution to solving the underemployment situation in our country is of a magnitude one cannot ignore, considering startups are touted as helping India become a nation of job creators.

© Photo : Pixabay
'Russia Plus': India Sets Up Dedicated Cell to Assist Russian Investors
Sputnik: What has been Invest India's role in fostering this ecosystem?

Deepak Bagla: True to its name, we work on a hub and spoke model where we have established relationships across the ecosystem and aggregated all partners to build synergies. To start with, the policy is one aspect where we take immense pride in our work. We act as the eyes and ears to capture the sentiment on the ground. The team facilitates regular discussions which bring together policymakers and startups to iron our policy hurdles.

After policies are made, it is important to see results on the round, and this is where our impact score really comes from. Being the execution arm for the Startup India initiative we ensure that results are seen through various sub programs which are conceptualized and executed by us. Most of these programs work towards providing three broad resources to the community — knowledge, funding and market access.

Sputnik: Tell us more about the Startup India hub.

Deepak Bagla: The Startup India hub, which is a virtual incubator and the only one of its kind across the globe, is the one-stop shop for all stakeholders in the ecosystem and hosts mentors, investors, startups, corporations, government bodies and incubators. One can find knowledge repositories from relevant schemes and policies to training kits and market access programs open for startups. The hub has so far managed to cater to over 90,000 queries and facilitated 465+ startups. The hub also launched a four-week-long entrepreneurship course, free of cost for anyone in the country and over two lakh people have benefited from this in just one year. We have also established international partnerships — with Portugal, Israel, the US, Singapore and Sweden to name a few.

© Sputnik / Aleksandr Utkin
Alrosa Opens Office in Mumbai With an Eye on India’s Jewelry Retail
The team also helps match-make investors and startups. This is done through a deal flow mechanism, which is an in-house system for us to present startup pitches to various investment funds and collect feedback or line up meetings depending on their interests.

Sputnik: How can the Russian startup ecosystem build a linkage with Startup India and what expectation can investors have from Invest India?

Deepak Bagla: One of our successful international linkage programs has been the international bridge that we have formed with various countries — the list includes the US, Israel, Sweden, Portugal and Singapore. These international bridges are used by partners to reach out to specific members of our ecosystem. From our end, we provide a team of experts who can assist any query which a Russian investor might have regarding the Indian market.

Russian Investors can expect end-to-end support from Invest India here. Our Russia Plus team and Startup India team can help them scope the market and identify partners to work with. Russians can leverage our existing team of subject matter experts, who cover almost all sectors and states within the country. The dedicated Russia plus team exists to help us, Invest India, understand Russian sentiment better.

Sputnik: What are some of the trends Russian investors should be aware of with respect to the Indian venture capital market?

Deepak Bagla: The venture capital industry in India has evolved significantly over the last six to seven years, with the year 2017 surpassing expectations with a 189 percent rise in funding vis-a-vis 2016. The venture capital market has a much diversified exposure across various sectors. These sectors range from e-commerce to deep tech and AI to agri-tech. To give a flavor of where a majority of investor interest lies, fintech, enterprise and service applications, and health-tech have seen a significant growth in funding. These top three combined have received over 400+ deals.  With over 700 million mobile users, the phenomenal rise of these sectors has not been a surprise for anyone. Combine that with an increasing middle class, state of the art infrastructure and rising dependency on technology, and you have a series of companies touted as unicorns.

© Sputnik / Vitaliy Ankov
Russia Encourages Indian Innovation-Driven Startups to Boost Bilateral Trade
A successful 2017 has been the culmination of a host of efforts, from both the infrastructure and policy levels. We have moved up 30 ranks in the World Bank's "Ease of Doing Business" report and currently India ranks first among the world's fastest-growing economies and most attractive investment destinations. All of these wins coupled with the technology revolution that the world is witnessing have contributed to this successful Indian Startup ecosystem.

The $1.5 billion fund that was created under Prime Minister Narendra Modi's Startup India initiative has started seeing plenty of traction with over $175 million committed to over 25 VC funds in just two years. Just this month, we saw new regulations on the angel tax front, which has been a huge win for the entire ecosystem. The angel tax regulations now allow tax exemption above fair market value to angel investments. This has provided a huge boost to the market and we are expecting it to grow exponentially considering we saw over 700+ angel deals without the tax benefits in place.