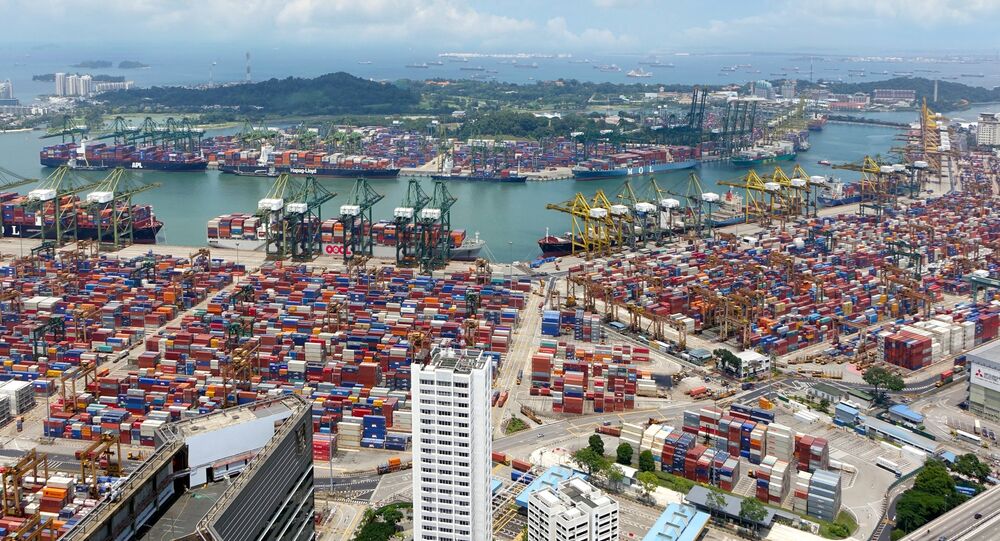 Into the Digital Age: Shipping Industry to be Transformed with Blockchain Tech

Shipping lines such as A.P. Moeller- Maersk A/S are teaming up with technology companies to revolutionize the shipping industry and upgrade the complex logistics network.

Despite exponential advancements in the shipping industry, such as the introduction of robot-operated ports, fast vessels, computer databases to track cargoes, etc., the industry still depends on millions of paper documents.

Now shipping companies are considering moving into the digital era and to work out a system which will integrate blockchain technology into one vast platform.

“This would be the biggest innovation in the industry since the containerization,” said Rahul Kapoor, an analyst at Bloomberg Intelligence in Singapore. “It basically brings more transparency and efficiency. The container shipping lines are coming out of their shells and playing catch-up in technology.”

© REUTERS / Dado Ruvic
Google May Roll Out Its Own Blockchain-Based Technology
The undertaking is huge, as it would involve transforming the working methods of manufacturers, banks, insurers, brokers and port authorities.

Blockchain is defined as a digitized, decentralized ledger that logs all cryptocurrency transactions. A blockchain records every digital transaction and exchange of goods, services, and private data as it occurs.

The technology is already being used in healthcare, music and human resources industries, to name just a few.

According to Maersk, the world’s largest container shipping company, the paperwork and documents are one of its biggest burdens.

A single shipment can require hundreds pages that need to be physically delivered to dozens of different agencies, banks, customs bureaus and other entities.

This lagging paper process has been one of the reasons shipping industry has been behind other industries in moving towards a digital format.