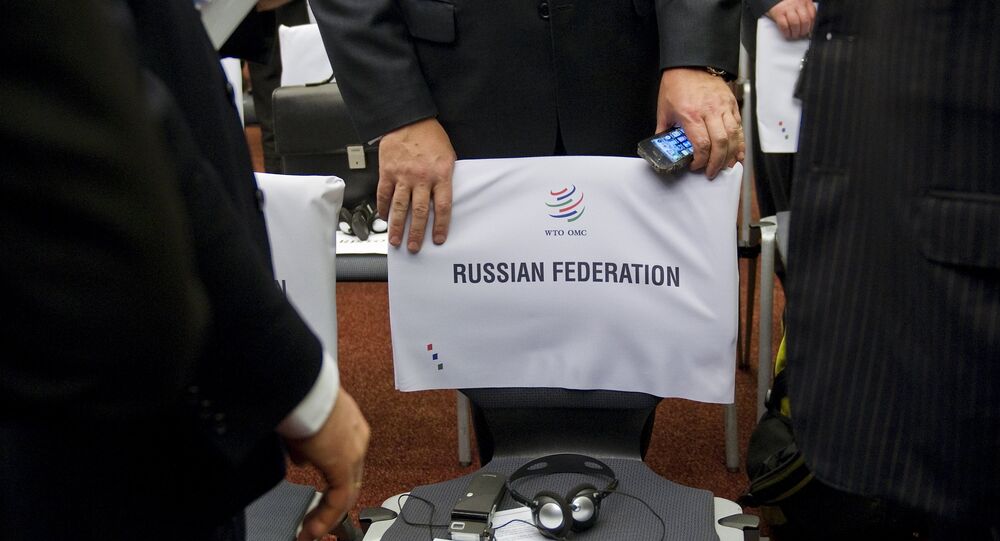 Russia, which is among the top exporters of steel and aluminum to the US, has fallen under US import tariffs alongside other major producers, like China and India.

Russia has applied to the World Trade Organization (WTO) to demand the compensation from the US for tariffs on steel and aluminum, introduced by the country last month, Reuters reported Thursday.

"Russia's has asked the WTO for consultation over tariffs, imposed by the US," Gennady Ovechko, Russia's permanent representative at the WTO, said.

China, India and the European Union have already applied to the WTO with the same demand.

In March, Donald Trump opted for a trade offensive, imposing a 25 percent import tariff on steel and a 10 percent tariff on imported aluminum. Those tariffs are valid for all countries exporting their products to the US, however, the EU, Australia, Argentina, Brazil, Canada, Mexico and South Korea won exemptions until May 1.

© REUTERS / Leah Millis
Steel War: US Metals Tariffs May Lead to Russian Reprisals
Following the announcement of the new tariffs, Russian Deputy Minister of Industry and Trade Viktor Evtukhov told Sputnik that Russia intended to negotiate with the US an exemption from the latter's tariffs on imported steel and aluminum as part of its response measures to Washington's decision.