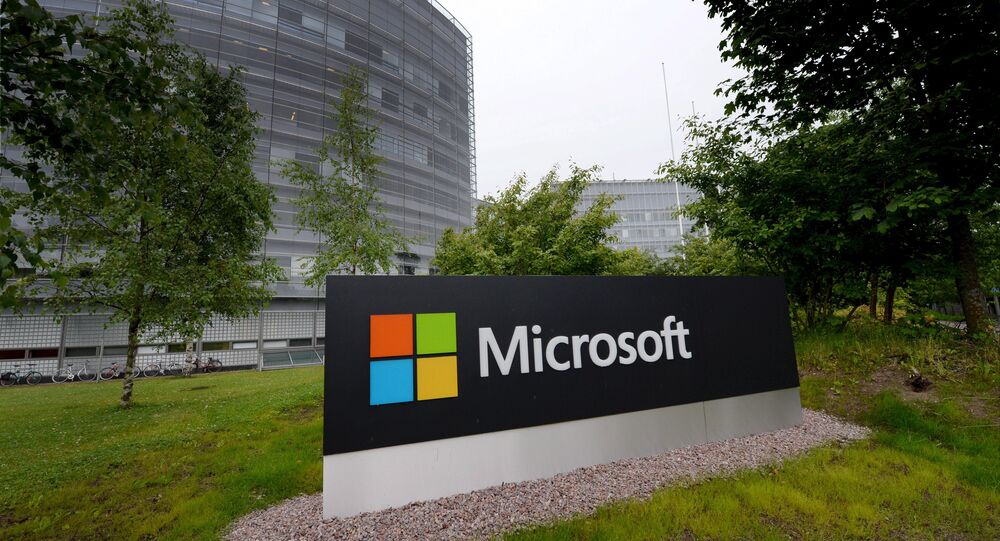 US authorities are considering increasing pressure on China in the trade war as retaliatory action in response to China's limitations on US tech companies.

The Wall Street Journal reported that the US Trade Representative is considering opening an investigation which could lead to new trade restrictions on imports of Chinese goods.

These measures are intended as a response to Beijing's actions against US cloud computing firms, such as Amazon Web Services and Microsoft, to partner with Chinese firms to offer services in the country.

© AFP 2021 / FRED DUFOUR
Is China Preparing a Yuan Surprise in the Trade War With the US?
China had also rescinded the licenses that allowed US companies to work independently in the territory of China, according to the US Trade Representative.

Authorities have not yet decided whether measures will be taken against Beijing, but the very threat should become a signal to China that new restrictions are possible.

If Washington decides to toughen its measures against China, they can touch Chinese companies that provide cloud computing services in the US.

Trade relations between the US and China deteriorated in 2018 after Washington introduced a number of measures against Beijing.

© AFP 2021 / Nicholas Kamm
US May Seek to Rejoin TPP to Survive Trade War With China - Expert
In early April, the US side produced a list of Chinese goods, worth $50 billion, on which 25 percent duties will be imposed. However, a few days later, Washington said that tariffs could affect more Chinese products — worth $100 billion.

Over the past few weeks trade relations between China and the United States have deteriorated.

In response, China has introduced its own tariffs on goods produced in the United States. Both countries have said that they could implement further mutual restrictions.

In early April, Trump proposed introducing an additional $100 billion in tariff against China in response to Beijing's "unfair retaliation."