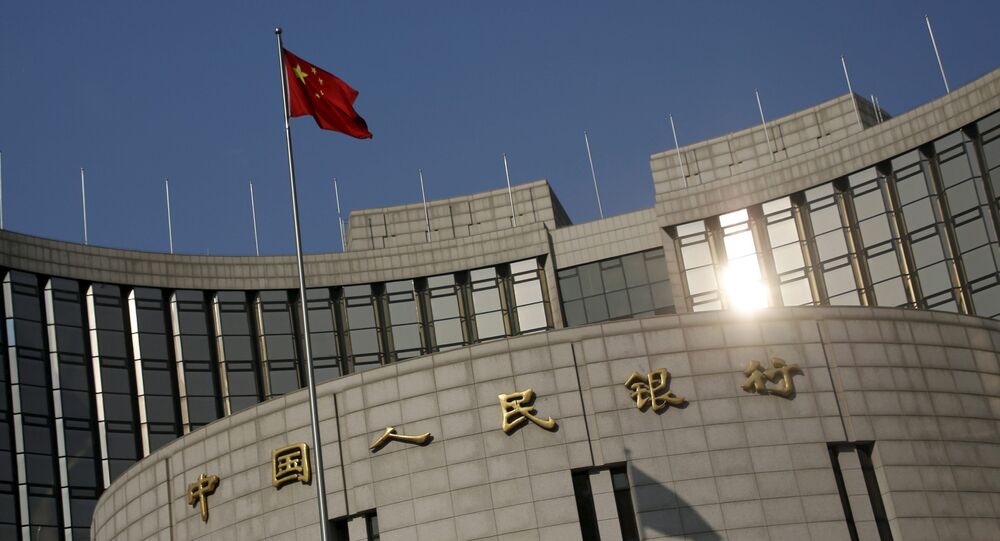 Kristian Rouz - The People's Bank of China (PBOC) is set to loosen its deposit rate ceiling for commercial lenders in an attempt to inject additional money liquidity into the economy. The move comes amid elevated trade tensions with the US, as Beijing seeks to boost domestic consumption by making it the key driver of the economy.

The Chinese central bank's planned move will relax the informal rules it sets for commercial banks mandating the amount of interest the lenders could repay on the amount borrowed. This will allow for more commercial interest rate flexibility, meaning banks will be able to boost their credit issuance at likely more affordable rates.

This comes as the PBOC is continuing its efforts to crackdown on ‘shadow lending', which has been rife in China since the recovery from the global economic crisis started back in 2009. By supporting official bank lending - which takes place within the central bank's regulatory framework - the PBOC is hoping to stave off borrowers' appetite for 'shadow lending' schemes.

READ MORE: China's Yuan May Strengthen Its Position in the Next Few Years - Analyst

The most recent changes in PBOC policies come after the National People's Congress appointed economist Yi Gang as the central bank's new Governor. Yi holds a PhD in economics from the University of Illinois, and the Chinese government expects his expertise to help remodel the nation's financial system to mirror that of the US by making it more reliant on the services sector rather than export-oriented manufacturing.

The looming change in PBOC policies has become particularly urgent in the wake of the recent developments in China's international trade. US President Donald Trump's push for ‘fair and reciprocal' trade might cause disruptions to China's exports - not only to the US, but to America's largest trading partners as well.

This, in turn, could undermine the influx of investment into China. While the Chinese government is seeking to reassure investors by touting a greater openness of its economy, the PBOC is preparing a blueprint for a greater-scale monetary stimulus, which could finance Beijing's ambitious economic overhaul.

Moreover, Chinese officials have recently urged increased government investment in the domestic economy rather than foreign reserves. The PBOC recommended diverting funds for economic development at home from US Treasury bonds.

"We are a low-income country, but we are a high wealth country. We should make better use of the capital. Rather than investing in US government debt, it's better to invest in some real assets," member of the PBOC Monetary Policy Committee (MPC) Fan Gang said.

Fan also acknowledged that China's high debt level - which exceeds some 200 percent of its GDP and contains higher risks associated with provincial government debt - might pose a challenge to the nation's financial stability. The PBOC urged prompt deleveraging, where possible, and the additional central bank stimulus might help such an endeavor.

"This problem is serious and we need to clean house. We need to contain this financial risk, but it will not cause a financial crisis," he said.

Fan said despite China having a safety cushion amounting to 44 percent of its GDP in the form of savings and foreign reserves, it might not be enough to cover all liabilities in the event of a global economic meltdown or a serious challenge to foreign trade.

However, Chinese officials said it is unlikely that the trade dispute with the US will escalate toward an economic catastrophe.

"On whether China will reduce its foreign exchange reserves, how policymakers think, I don't know. I personally believe this possibility is very small," Zhang said.

© AP Photo / Eugene Hoshiko
US Tariffs to Have Limited Effect on China's GDP Growth, Exports - Moody's
While China is the largest overseas holder of US government debt - with its Treasury holdings standing at $1.17 trln as of this past January - the Chinese finance ministry ruled out a sell-off in US Treasuries, stressing its commitment to international long-term bond investment rules.

Additionally, as the US Federal Reserve has some $4.5 trln in its bloated balance sheet, the US central bank could absorb any significant sell-off of its bonds if necessary, which could impair China's reputation as a reliable creditor.

While Beijing is hardly interested in rocking the boat, the PBOC's quiet monetary stimulus and a broader economic reform are expected to alleviate the risks the Chinese economy will face within several years.