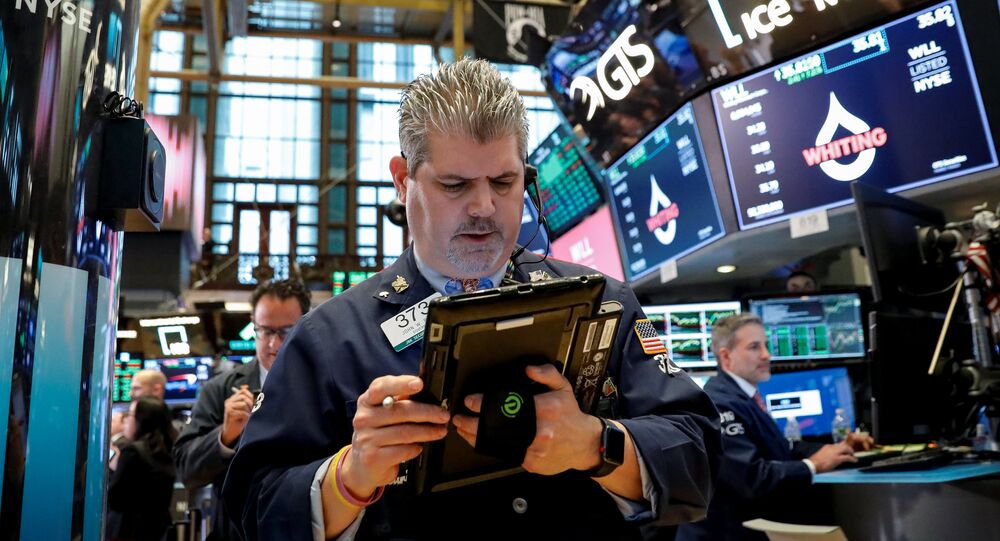 The US president’s Twitter threats to rain fire and missiles upon Syria over an alleged chemical weapon attack have apparently ended up doing damage of a different kind on the other side of the Atlantic.

US stock market indexes took a dive after a fresh bout of ‘Twitter diplomacy’ from the US president over an alleged chemical weapon attack in Syria, according to media reports.

The Dow Jones industrial average ended up decreasing by nearly 219 points, with the Nasdaq composite and S&P 500 falling by 0.4 percent and 0.6 percent respectively on April 11.

This development apparently comes in the wake of Trump tweeting that Russia should be ready for a possible US missile strike against Syria.

​The president’s outburst followed an alleged chemical attack that reportedly took place in the Syrian city of Douma and claimed the lives of up to 70 people.

While White House press secretary Sarah Sanders stated that the US leader holds Russia and Syria responsible for this act, the Russian Foreign Ministry denied these allegations and said that these reports serve merely as a pretext for the possible use of military force against Bashar Assad.