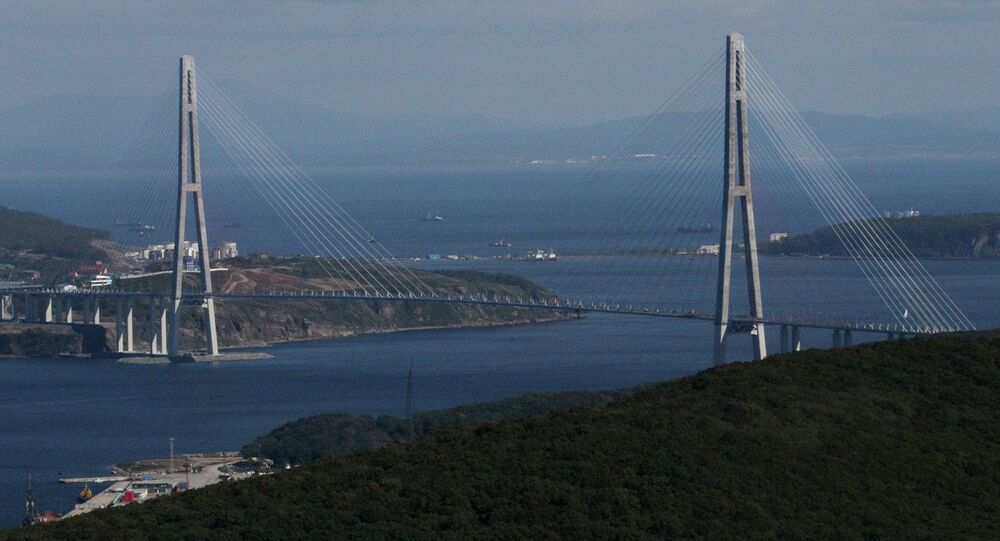 MOSCOW (Sputnik) – The Russian authorities are discussing the creation of two offshore financial centers (OFCs) with special legal systems in the Kaliningrad Region and the Primorsky Territory to support business circles targeted by US sanctions, the Vedomosti newspaper reported on Tuesday.

According to the Vedomosti newspaper, the tax havens may be located on the Oktyabrsky Island in Kaliningrad and the Russky Island near Vladivostok. The relevant legislation is expected to be adopted during the Russian parliament's spring session.

© Sputnik / Michael Klimentyev
Anti-Russia Sanctions 'Used as Arm of Massive Destruction Against States Not Complacent With US Interests' - Author
A source told Vedomosti that the initiative had been talked about for some time, but the recent sanctions created a new momentum for the discussions. Russian officials have refused to comment on the issue.

If implemented, the project will allow money withdrawn from Russia to be quickly returned via the OFCs. Businesspeople will be able to return their companies to Russia without putting any risk to the firms' legal and financial infrastructures or disclosing sensitive information. The companies that will operate in the OFCs will get a number of tax privileges.