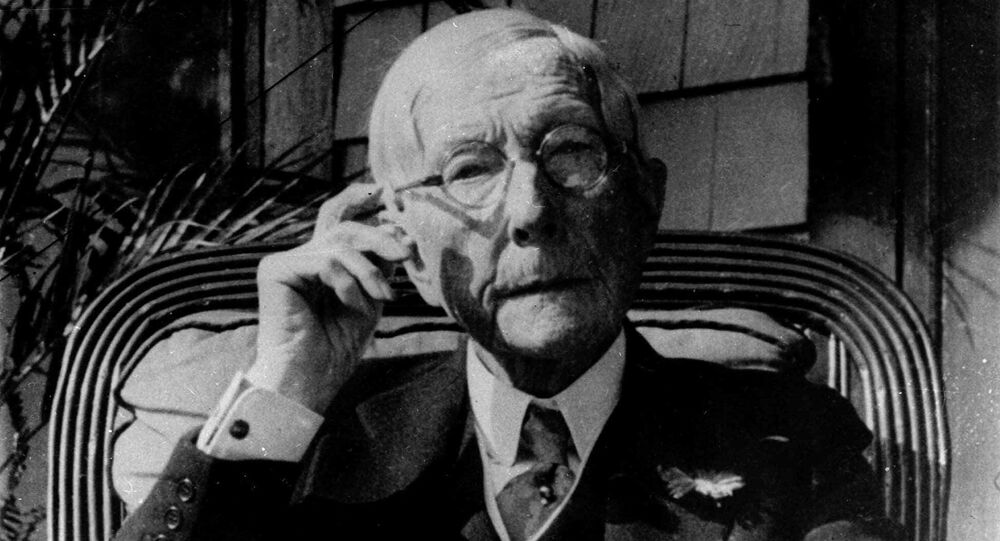 After a precipitous fall from record highs in December amid valuation debates and threats of regulation, digital coins are showing signs of a strong rebound.

Bitcoin, the largest cryptocurrency by market capitalization, was trading up 2.1 percent at $7,047 a coin, while Ethereum cleared the $400 mark gaining 3.5 percent, Business Insider reported.

The rally followed reports that two Wall Street giants, an investment fund founded by billionaire George Soros and Venrock, — a venture capital firm founded by the descendants of famed billionaire John D. Rockefeller — were all set to dive headlong into cryptocurrency trading.

© AP Photo / Manuel Balce Ceneta
Bitcoin Hater Soros Poised to Partake in Cryptocurrency Trading - Reports
On April 6, Soros Fund Management said that it had gained approval to invest in and trade cryptocurrencies even though Soros himself had previously described them as a "bubble."

In an almost parallel move, Venrock announced that it was partnering with a New York-based cryptocurrency investment firm CoinFund.

"It is encouraging to see institutions with the historical track record of Soros and Rockefeller beginning to gain exposure to blockchain and cryptocurrencies," he said.

"I anticipate more and more institutional capital will begin to pour in, hopefully leading to a more mature and sophisticated market," he added.

Cryptocurrencies were losing ground last week on reports of tech giants mulling a crackdown on cryptocurrency ads and regulatory uncertainty in Asia and the US.

READ MORE: Bank of England Calls for Regulation of Bitcoin and Other Cryptocurrencies

Ethereum was trading at just $800 from a record $1,300 in mid-January and kept falling.

XRP (Ripple), which soared to a historic maximum of almost $4 a coin in January, slumped to $1 later that month and hit the depths of just $0.49 in April.