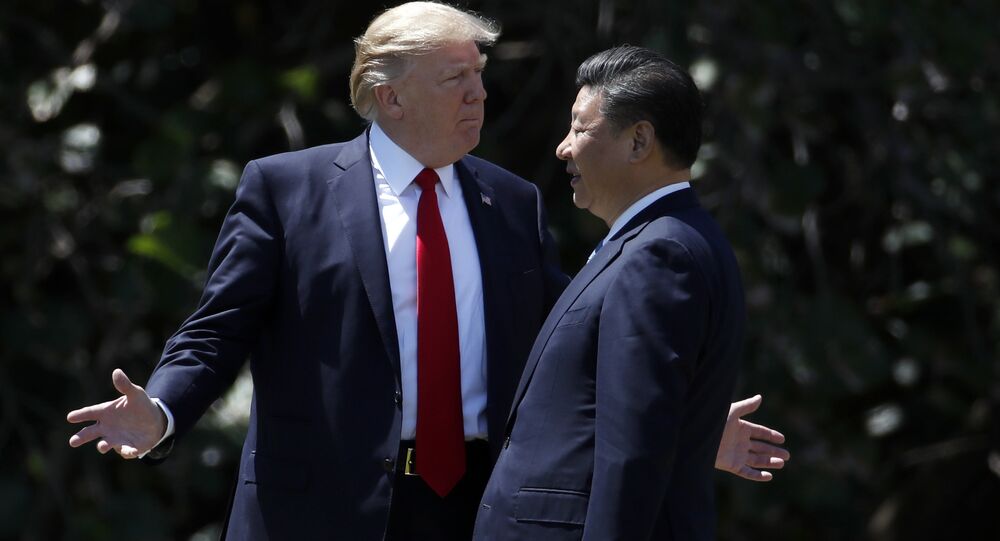 The economist foresees the US-China tariff battles "disrupting supply chains, because American corporations are dependent on output from China for their production processes even when [the final goods] are made in America."

​US-based multinational firms "will outsource part of the production and do it more cheaply in China — that was the initial motivation. Now it's become the case that the Chinese have the expertise that the Americans no longer have. This is the thing that Trump is complaining about," Keen told Radio Sputnik's Loud & Clear.

"This is going to disrupt their production lines," he said.

On Tuesday, the Office of the US Trade Representative announced that the United States will tax 1,300 Chinese products sold on the US market, including products from China's aerospace and information technology sectors.

Less than 24 hours later, the Chinese Ministry of Commerce threatened retaliatory economic measures. "Based on the Chinese legislation regulating foreign trade, we will prepare steps which will be equal in strength and scale to the ones adopted by the United States. These measures will be announced in the near future," the ministry said Wednesday.

China is said to be considering levying taxes on more than 100 US goods sold on the Chinese market including cars, airplanes and agricultural products.

It's important to note that the tariffs announced be the Office of the US Trade Representative do not go into effect immediately. The tariffs won't be activated until May 15 and they could disappear altogether if Beijing makes certain trade and investment concessions, Market Watch reported Wednesday.

"I think the market is beginning to understand and remember that Trump's bark is much bigger than his bite. The trade implications between the US and China are far from complete. Investors are hopeful that the final trade agreement will be much more lenient than what has been discussed in the last 12 hours," Lindsay Bell, an investment strategist, told USA Today on Wednesday.