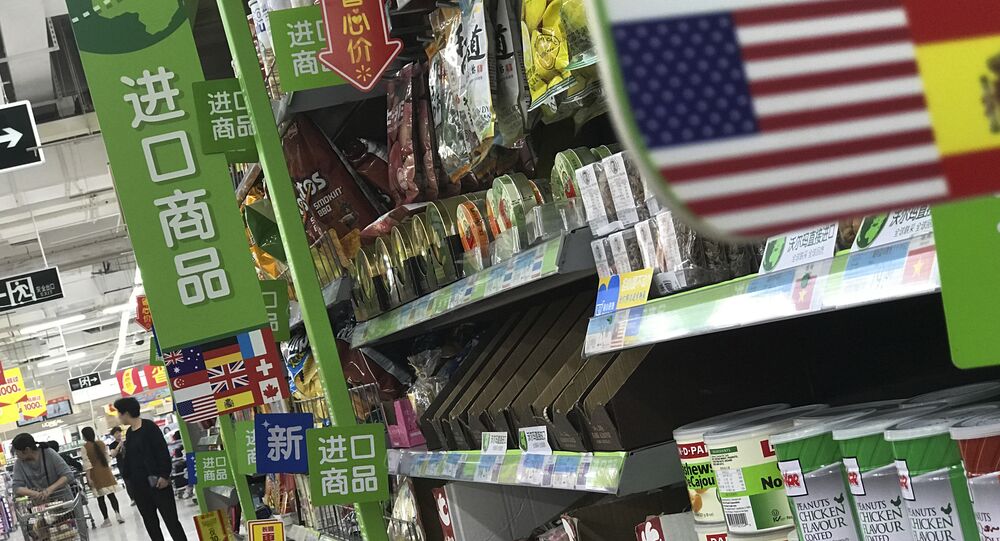 With another mirror move, reported by Xinhua on April 4, Beijing has made another step in retaliating to the tariff war initiated by US President Donald Trump.

"The State Council of China has decided to impose a 25-percent duty on 106 items of 14 categories of goods imported from the United States, including soybeans, cars and chemical products,"  according to local media outlets.

The move comes as the Office of the US Trade Representative said in a press release on Tuesday that the United States was set to impose additional tariffs on around 1,300 Chinese products.

Late last month, US President Donald Trump signed a memorandum to impose new tariffs on imports from China, which he said would make the US "a much stronger, much richer nation."

In addition to imposing new tariffs on imports, the US Department of Treasury will likely impose restrictions on Chinese investments in the United States, according to a source in the Trump administration.

Chinese Deputy Minister of Commerce Wang Shouwen has meanwhile stressed that Beijing is not interested in a trade war with the United States, but if Washington intends to wage this war, Beijing is ready for that.

"We have just announced response measures. They are balanced… China does not want a trade war, there are no winners in a trade war, but we are not afraid of this war. If someone wants to fight us, we will be there," Wang told reporters.

China's announcement of the duties' introduction has been followed by Trump's tweet in which he denied speculation about a trade war between Beijing and Washington.

All That Glitters: Gold Strengthens Amid Renewed Tensions Between US and China

‘An Exactly Proportionate Response’: China’s Measured Retaliation to US Tariffs