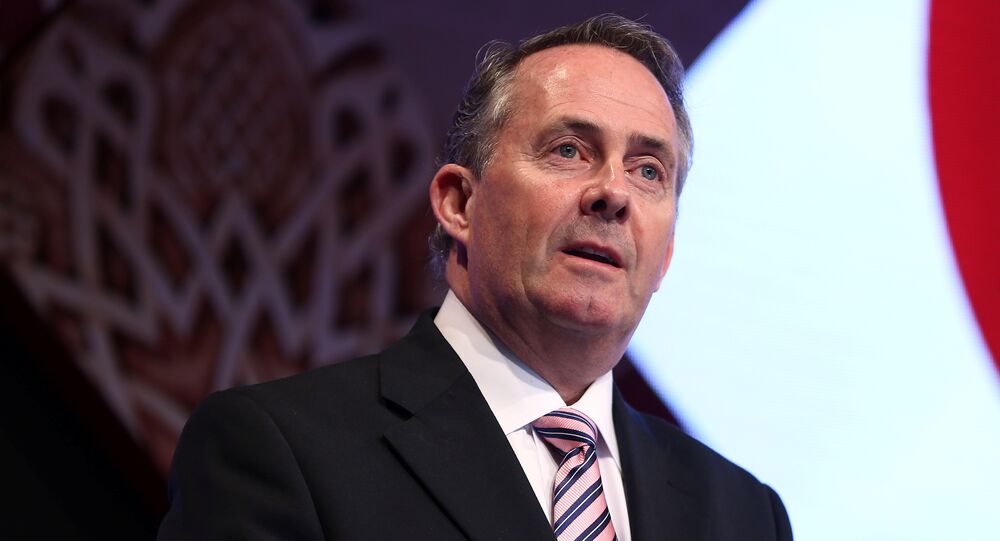 Negotiations between the UK and the EU yielded a draft Brexit transition deal in Brussels earlier this month, which stipulates that the UK will formally exit the bloc at the very end of 2020.

British Trade Minister Liam Fox said he thinks an extension of the transition period wouldn’t be popular among Brits and is unlikely to happen.

“I don’t think that’s [extension of the transition period beyond 2020] likely to happen. We understand that we need to get the British public’s support and that an extension would not be popular,” UK Trade Minister Liam Fox said in a radio interview with the BBC on Thursday.

He went on to say he personally wouldn’t support an extension of the transition period, without elaborating.

© AFP 2020 / JUSTIN TALLIS
Bank of England Braces for May Rate Hike Amid Clearer Brexit Outlook
The transition period will allow businesses operating in the EU and UK to get acclimated to the changes and new trading environment, and make necessary adjustments ahead of Britain’s complete withdrawal from the union.

Speaking to Sputnik reporter and columnist Suliman Mulhem, the chief economist of IQI Global and the K2 Capital Group, Shan Saeed, explained why the British government doesn’t want the Brexit process or the transition period to drag on.

“The UK wants the Brexit transaction to be over soon since its ambiguous outcome is hurting the economy. The sagacity of the situation demands to bring confidence back into the economy in order to revive business momentum. Once the Brexit deal is finalized and completed, only then businesses can take major decisions relating to CAPEX, Human Resources and above all strategic intent to meet business targets and growth structure,” Mr. Saaed told Sputnik.

The economist reiterated the importance of ending the uncertainty Brexit has brought about to allow businesses to formulate plans and make necessary adjustments to the trading conditions.

“The UK government fathoms the negative sentiment attached to Brexit uncertainty. The sooner it gets resolved, the better, for all stakeholders. The UK economy is expected to have a GDP growth rate of under 1 percent in 2018. Fear in the economy is hurting the business sentiment and resulting in dismal aggregate demand.”

The deal presented to reporters by EU Chief Negotiator Michel Barnier earlier this month shows considerable progress in EU-UK negotiations, with Britain’s financial settlement and the rights of expatriates agreed.

Some of the terms in the deal, particularly the EU’s continued regulation of Britain’s fishing industry during the transition period, drew heavy criticism from Brexiteers.