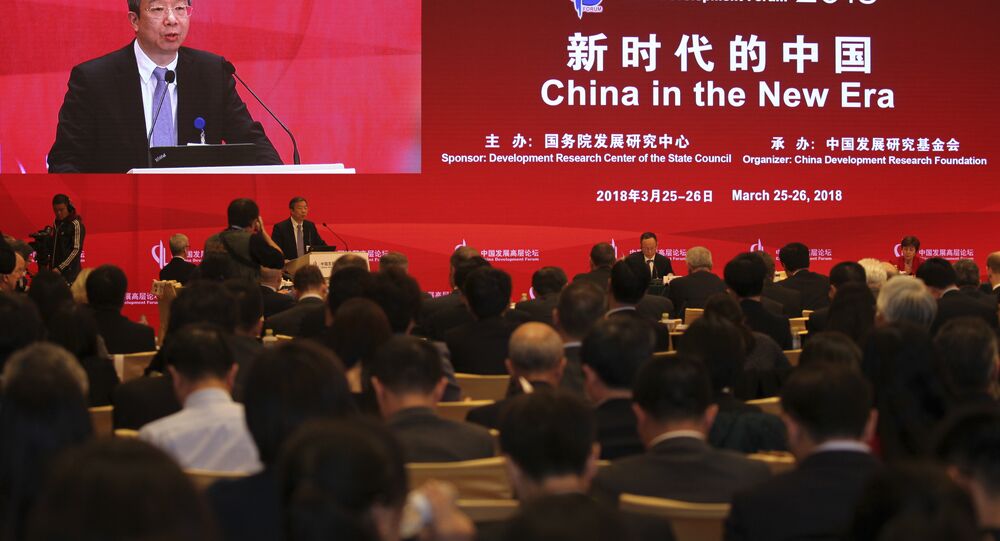 The new head of China’s central bank shrugged off fears of an economic meltdown at the hands of new Washington tariffs, suggesting that financial risks from a trade war with the US will be minimal.

Yi Gang, recently appointed to run China's central bank, told a forum in Beijing on Sunday that insurance, financial and securities sectors in the country are ‘fully capable of preventing and tackling' market fluctuations, cited by the South China Morning Post (SCMP).

The recent imposition of a trade war between the US and China — at the hands of US President Donald Trump — will not significantly affect Beijing markets, as the preeminent Asian nation can withstand external financial shocks, according to Yi.

Appointed governor of the People's Bank of China just last week, Yi Gang quickly asserted himself on the global financial stage by downplaying the bluster offered by the US president in the latter's announcement of a trade war that will include China, the world's 2nd-largest economy.

Following the Trump declaration, Beijing quickly retaliated, implementing new tariffs of its own on various American-made products, a move that saw stock-market values drop severely in Hong Kong, Shanghai and Shenzhen on Friday.

The new bank chief nonetheless downplayed market volatility in his Sunday remarks, detailing to the China Development Forum in Beijing that the nation was well versed in handling risk.

"As long as we can get our own house in order, there will be a fairly good foundation for us to manage risks from external shocks, as well as the global impact," Yi said, cited by SCMP.

China to Defend Trade Interests in Tariff Row with US