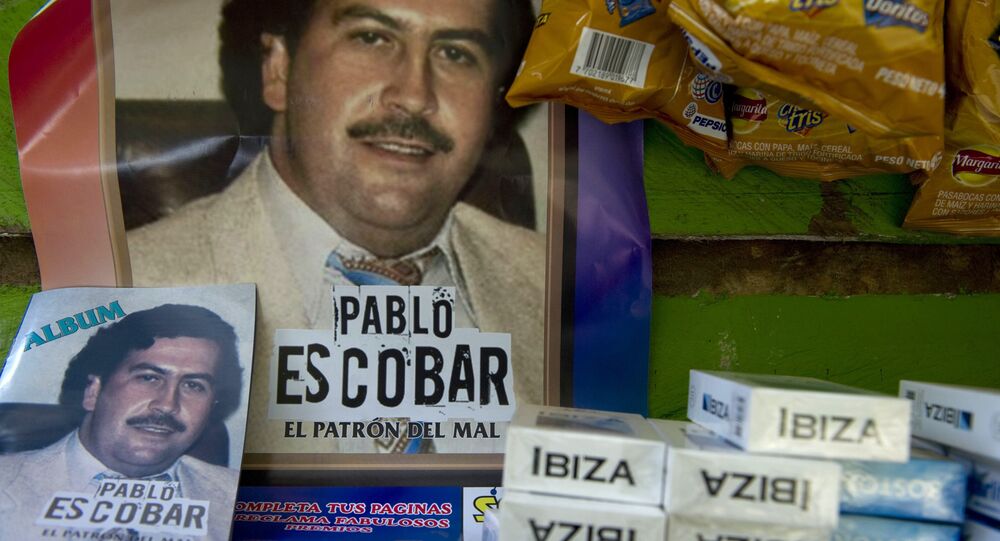 The one-time drug mobster seems to be no exception in making attempts to tame the cryptomarket, and, most importantly, cash in on it.

Roberto, brother of the infamous Colombian drug lord Pablo Escobar – at one point an accountant for the Medellin cocaine cartel — has introduced his own personal virtual currency.

Previously an accountant for the Medellin cocaine cartel, Roberto dubbed his currency the 'diet bitcoin" and it is yet another in a string of bitcoin spin-offs to claim that it surpasses the original cryptomoney, according to the developer’s website. It also has to be mined, but the price still does not rival the original, as it stands at a mere 2 dollars per coin.

"The value will be very high as we are identical in numbers to bitcoin, except we are 4,000 times cheaper right now," Roberto Escobar states on his website.

He also says that this will be an alternative to Bitcoin, "CIA's BTC Scam:"

"I am the first person in the world, Roberto De Jesus Escobar Gaviria, to publicly come out and claim that Bitcoin was created by the American Government, and I am not going to be the last person to say this. The world is going to wake up. The world is going to see that this was created by them. And when they see it, it is too late, and when the CIA founds out that the world knows about this, the CIA is going to sell all of their coins, and they will destroy the value of Bitcoin…That's why I am creating my own cryptocurrency called dietbitcoin (DDX)."

Roberto Escobar, who spent over 11 years in a heavily-guarded prison in Colombia due to his ties to Pablo and commonly perceived as a narco-terrorist, is now promoting investment into his diet bitcoin as a good way to make money. He says he personally has something to boast in this respect:

"I made over $100 billion in profit throughout my career," Escobar told TheBlast.com.

Speaking about his 'narco-finance' past, he noted that he solely managed "the telephones and the books." He denied all involvement in terrorism, or killings, "and I criticized [Pablo] many times for that," he added.

Venezuela Announces Initial Public Offering of Cryptocurrency Amid US Sanctions

ICO of Venezuela's Oil-Backed Cryptocurrency Starts as US Imposes Sanctions

Twitter May Ban Most Cryptocurrency Ads Amid Regulation Concerns