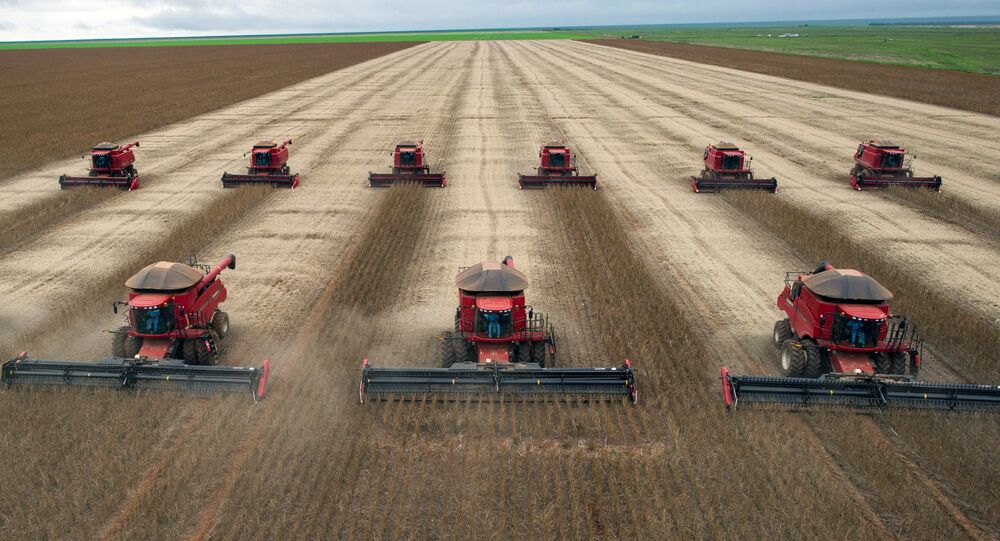 China is preparing its response to the Trump administration's introduction of new tariffs on tens of billions of dollars-worth of Chinese goods.

Beijing will "take all necessary measures to resolutely defend its legitimate rights and interests," a Ministry of Commerce statement released Thursday said.

On Thursday, the Trump administration announced upwards of $60 billion in new tariffs on Chinese goods, promising to draw up a complete list of the goods to be affected within 15 days. Washington introduced the measures in response to what it said were Chinese gains "received through…unfair practices." The new measures will complement the recently announced tariffs against Chinese steel and aluminum imports.

© AP Photo / Cliff Owen
Trump: New Tariffs on Chinese Imports Will Make US 'Much Stronger, Richer' State
A senior Trump administration spokesman has said that the new restrictions will likely be complimented by restrictions on Chinese investment into the United States sometime in the near future.

According to the Wall Street Journal, the Chinese measures are set to target US agricultural exports, specifically soybeans, grain sorghum and live pigs.

China currently imports about a third of the US' total soybean production and its response to the US measures could do major harm to Trump's electoral base in rural areas, the paper says.

Other measures taken by Beijing may include cancelling large orders of US aircraft and other industrial production.

© REUTERS / Ina Fassbender/File Photo
'We Are not Afraid': EU Stands-Up to Trade 'Bullies' in Tariff Row With US
At the same time, Beijing has promised to retain flexibility, depending on Washington's rhetoric and the extent to which Chinese imports are affected by the new US measures. "Any Chinese response to new US tariffs would be measured and proportional," a Chinese official involved in policy-making told the WSJ.

The Chinese Ministry of Commerce laid out its plans for retaliation at a meeting last month with Chinese importers of US goods, including state-owned food-processing giant China National Cereals, Oils & Foodstuffs Corp.  Chinese companies have since been searching for alternative sources for these products from countries including Brazil, Argentina and Poland.