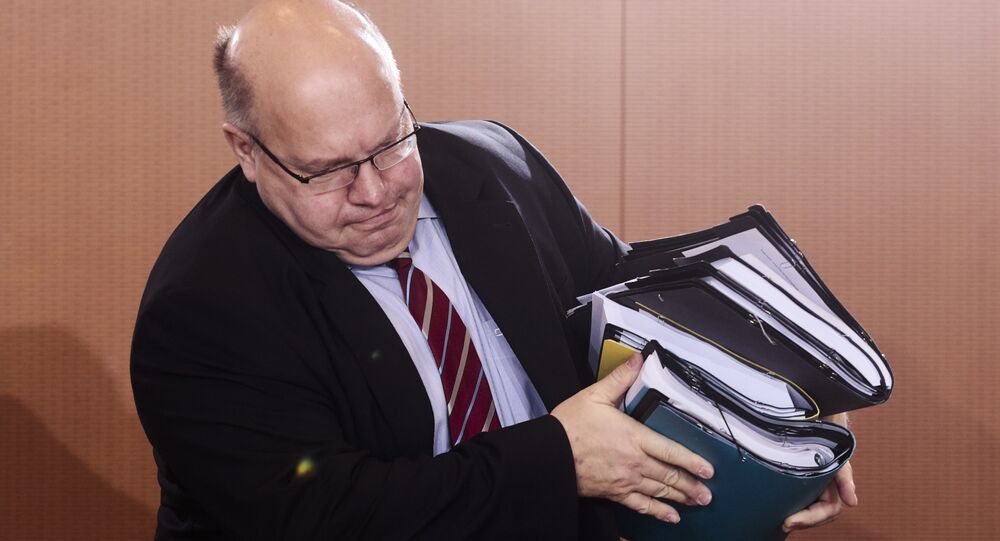 With his recent decision on steel and aluminum tariffs, US President Donald Trump began to implement his election pledges that included, above all, ameliorating business climate in the US for domestic companies.

Germany's Economy Minister Peter Altmaier is set to leave for the US Sunday in order to persuade US President Donald Trump not to expand tariffs to imports rather than steel and aluminum, Germany's public broadcaster ARD reported Friday.

Earlier this month, Trump said that 25-percent and 10-percent tariffs would be imposed on imported steel and aluminum, respectively. The tariffs came into force beginning last week for an indefinite period of time.

Trump's decision sparked a major concern among the world's aluminum and steel exporters, prompting a quick verbal response from China, Germany as well as the European Commission.

At the same time, European Commission President Jean-Claude Juncker said that the bloc could respond to the introduction of new US tariffs in three ways — by introducing safeguard measures, re-balancing the US move in accordance with the World Trade Organization (WTO) rules or resorting to dispute settlement consultants.

READ MORE: US Trade Tariffs — the Straw That Could Break the Camel's Back

However, not all German political establishment disgorged strong criticism toward the US head. Thus, Germany’s Alternative for Deutschland (AfD) party has taken a more understanding and supportive stance, saying that Trump levied the tariffs in response to the EU’s own trade protectionist policies – such as the tariffs imposed on all foreign exports into the economic union.

As if repeating the party's idea, Donald Trump said that the US would cancel new tariffs for the EU, if the latter lifted the import duties on US goods as well.