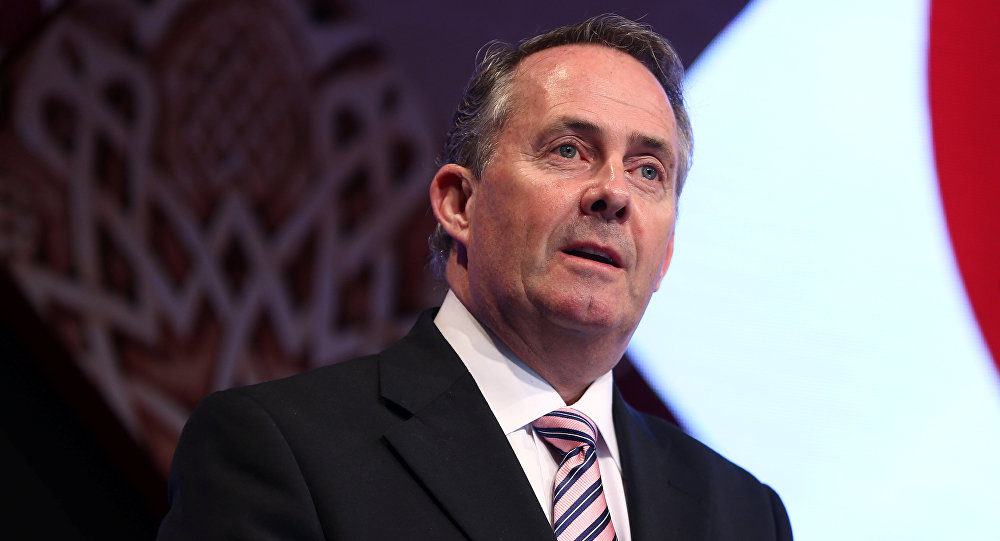 US President Donald Trump has long advocated for trade protectionism, even though the imposition of tariffs and quotas could aggravate a number of the US’ key international trade partners, and result in retaliatory measures against US exports.

UK Trade Secretary Liam Fox told British media that US tariffs against UK steel is the “wrong way to go”, while adding that British steel is supplied to the US military.

“So it’s doubly absurd that we should then be caught on an investigation on national security. We can deal multilaterally with the overproduction of steel, but this is the wrong way to go about it,” Trade Secretary Liam Fox said.

© REUTERS / Thomas Peter/File Phot
'Reckless Damage': Chinese Metal Industry Seeks Vengeance for Trump's Tariffs
He also slammed trade protectionism, saying “it never really works,” while adding that he will discuss matter of UK-US trade being harmed by such measures with Washington next week, during a visit.

President Trump has imposed a 25 percent import tariff on steel, while the tariff for aluminium imports is currently 10 percent. Mexico and Canada are exempt from these tariffs, and Trump has raised the possibility of issuing exemptions to other nations.

A number of German trade organizations recently issued a statement calling on Germany and the EU to work together to prevent a “spiral of protectionism” with the US.

"German industry is extremely concerned about the decision of the U.S. government to imposed far-reaching punitive tariffs. To prevent a spiral of protectionism, Germany, and the European Union must continue to stand up the global world trade system," the trade groups said in a joint statement.

The UK’s steel industry has been struggling to compete with rival producers from abroad, who have significantly lower energy costs, and are provided with government subsidies. “Dumping” by Chinese steel producers has been identified as a key threat to Britain’s steel industry.