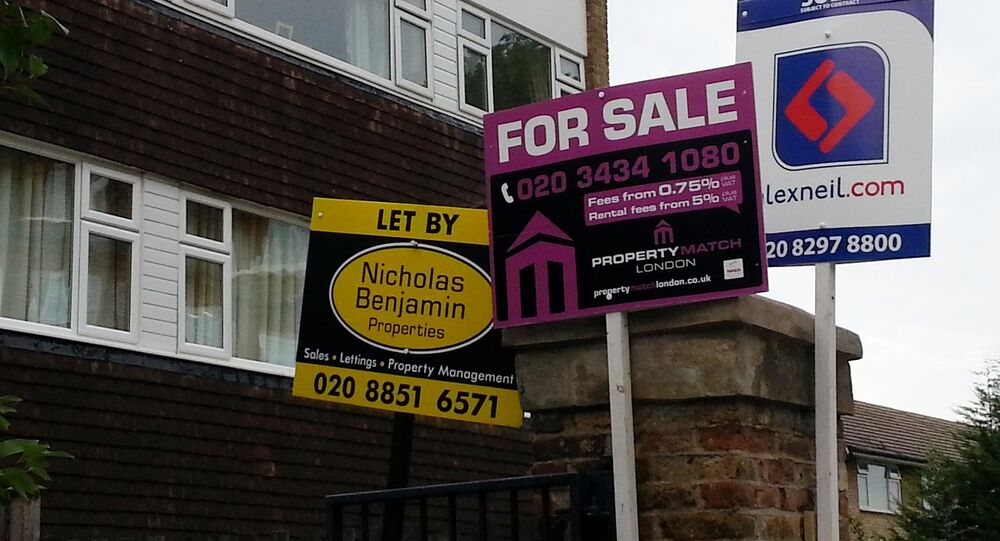 The sales of newly-built US homes has plummeted amidst rising mortgage costs and high home prices, whilst the amount of unsold units has increased to its highest since 2009.

Kristian Rouz – Sales of new US homes has declined for a second-straight month as  rising mortgage costs squeeze the demand-side. Meanwhile, the supply of new homes increased last month despite  lower construction activity. Whilst most economists had expected a rebound in demand for residential real estate, the new home sales posted their greatest decrease in the Northeast and South.

Effective demand for new single-family homes dropped 7.8 percent last month after a 7.6-percent decline the previous month. This is according to a new report from the Commerce Department. Despite new home sales making up only a small fraction (10 percent) of the overall housing market, the numbers might reflect a broader trend of the declining affordability of homeownership.

Additionally, home purchases have retreated for four out of the past six months.

The Commerce Department’s newest report comes after last week’s data reflecting a decline in the pre-owned homes segment. The numbers have stirred concern over this quarter’s GDP expansion, adding to the slower-than-expected retail and manufacturing activity.

“Given the softening in the housing data over the past few months as well as the recent increase in mortgage rates as well as tax changes that reduce the attractiveness of mortgage financing, we think it is very likely that real residential investment will decline in the first quarter,” Daniel Silver of New York-based JPMorgan said.

According to the Commerce Department’s paper, sales of  new homes had dropped to their lowest since August. Last month, some 593,000 units were sold, whilst December’s numbers were revised upward to 643,000 units. Previously, economists expected January’s sales at 645,000 units.
New home sales dropped 33.3 percent in the Northeast, and 14.2 percent in the South, whilst adding 1 percent in the West, and rising 15.4 percent in the Midwest.

“The drop in sales may be due to saturation in the upper price range of the market, which should compel builders to follow the market and build more moderately-priced homes,” Joseph Kirchner of realtor.com said.

© CC0
Rising US Transportation Costs to Drive Up Retail, Wholesale Inflation
The effects of the GOP tax plan might have affected the sales as well, as the tax overhaul has produced an effective increase in taxes for the owners of expensive properties due to the decrease in deductions. Among those most affected were the homeowners in the New York Tri-State area, as well as in parts of California.

This comes despite the solid labor market, and a 3-percent increase in wages over the past year. Affordability issues have exacerbated nonetheless, with rising credit costs adding to the expensive housing market.

“New homes usually come with a bigger price tag, something that can turn away many first-time buyers,” Bill Banfield of Detroit-based Quicken Loans said.

A 30-year fixed-mortgage rate increased to an average 4.40 percent this month, whilst the Federal Reserve’s base interest rates are capped at 1.50 percent. Mortgage products are currently at their most expensive since April 2014 – despite Fed rates being near-zero back then.

The inventory of new unsold homes  increased 2.4 percent in January to 310,000 – its highest since March 2009. However, this is still well below its highest back in 2006 – on the verge of the mortgage meltdown.