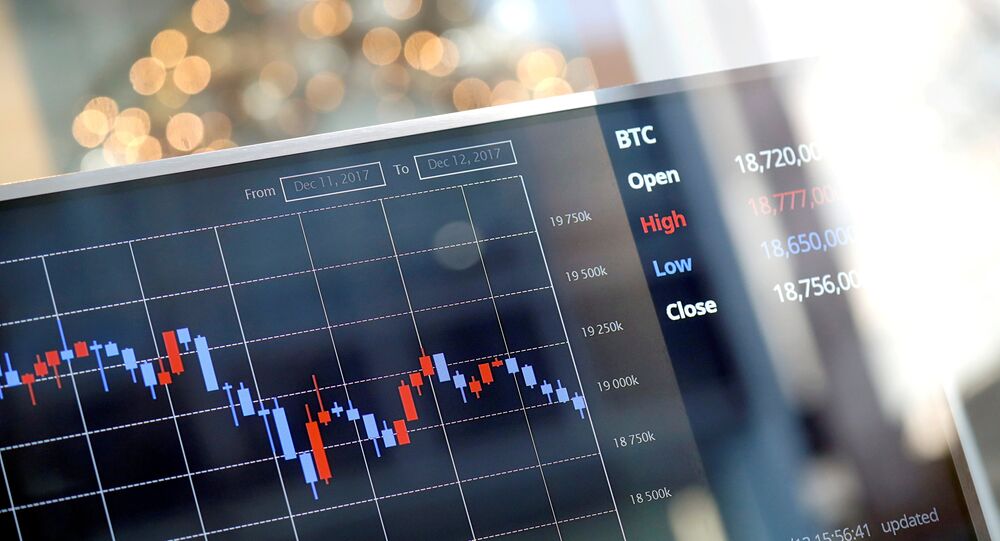 © AP Photo / Wayne Parry
Is Money in G-Strings a Thing of the Past? Vegas Strippers Now Paid in Bitcoins
According to a report by Bloomberg, Circle, which is backed by Goldman-Sachs and Baidu Inc, among other investors, has successfully acquired Poloniex, and while the exact details of the bargain haven't been disclosed, an anonymous source told Financial Times the deal was around $400 million.

"When things start to get really out of whack really fast, that tends to be good for us," says Dan, Circle's  South Shore of Boston chief trader, whose last name is not disclosed for "security reasons," according to a report by Fortune.

According to the Financial Times report, crypto exchanges were largely unprepared to handle the soaring demand of recent months as speculators have rushed to trade volatile virtual currencies. In December, an influx of new customers caused hiccups including service outages at some exchanges.

Apart from mobile payments, Circle manages cryptocurrency transactions, and when people buy or sell those crypto coins, the very process of dealing is the source of Circle's profit. According to Fortune, Circle Trade "handles more than $2 billion a month in cryptocurrency transactions with a minimum deal size of $250,000." The biggest deals run as high as $200 million.

As for Poloniex, the link with Circle will allow the exchange to "address customer support and expand operations so that we can continue to scale effectively going forward." Circle, in turn, wants to expand the exchange so that it can handle traditional currencies, too.

"We expect to grow the Poloniex platform beyond its current incarnation as an exchange for only crypto assets," Circle co-founders Sean Neville and Jeremy Allaire wrote in their blog on February 26.

"We envision a robust multi-sided distributed marketplace that can host tokens which represent everything of value: physical goods, fundraising and equity, real estate, creative productions such as works of art, music and literature, service leases and time-based rentals, credit, futures, and more."

Circle has raised nearly $140 million in funding from Goldman, General Catalyst and IDG Capital Partners, according to Crunchbase. Poloniex hasn't disclosed any funding from venture capitalists or large institutions.