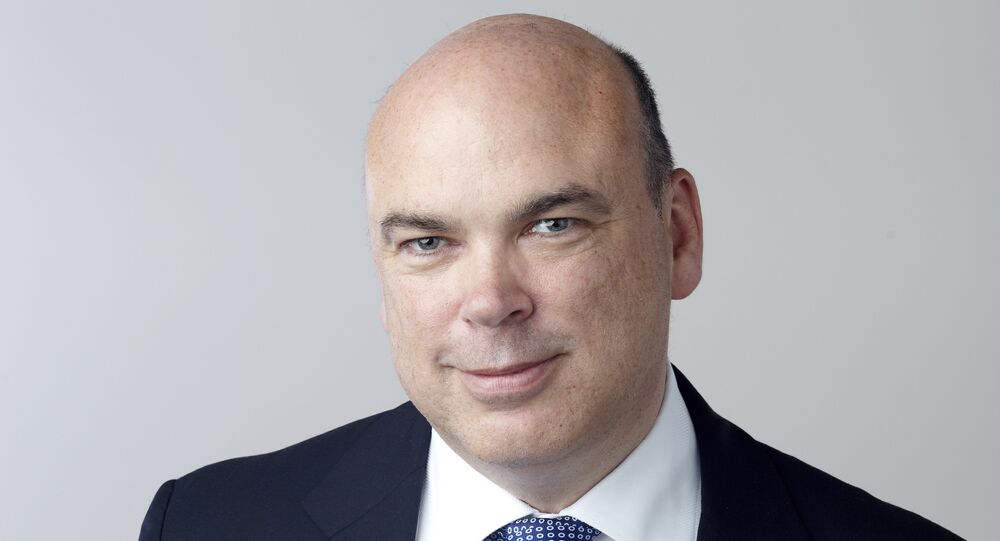 The UK entrepreneur previously headed one of the most successful software companies in Britain before making a fateful multibillion dollar sale that came to haunt him six years later.

Mike Lynch, the former chief executive officer of Autonomy, a software start-up that became a FTSE 100 technology powerhouse, might lose his estimated $658m fortune, following a criminal investigation by the US Department of Justice (DOJ) and a $5bn civil liability suit in the UK.

The legal proceedings in questions are concerned with the sale of Autonomy to tech giant Hewlett-Packard (HP) for some $11.7bn in 2012.

According to the court documents seen by The Telegraph, Lynch's right hand man, Autonomy's former chief financial officer Sushovan Hussain, is charged with as many as 17 counts of securities and wire fraud.

© AP Photo / Charlie Neibergall
Former Hewlett-Packard CEO Fiorina Says Likely to Run for US Presidency
Hussain, who is now facing 20 years in prison, supposedly cooked Autonomy's books and lied to investors, auditors and HP representatives in order to inflate the company's value, earning $7.7m as a direct result of the sale.

One of the incidents brought up by HP's legal representatives included Autonomy's purchase of a van from one of its US resellers for staggering $9.6m.

The reseller subsequently gave most of the sum back to Autonomy in order to make up for a previously botched software deal in an effort to inflate the company's revenues and "make Autonomy attractive to potential purchasers," the prosecution argued.

Through his lawyer, Hussain denied the accusations, claiming that he "defrauded no one and, as Autonomy's CFO, acted at all times with the highest standards of honesty, integrity and competence".

© AP Photo / Jacquelyn Martin
US Congressional Watchdog to Investigate Net Neutrality Comment Fraud
However, Christopher Egan, who previously headed Autonomy's subsidiary company in the US has struck a plea bargain deal with the DOJ, having his fraud charges dropped in exchange for acting as a witness against Hussain.

Although Lynch himself does not figure in the US criminal investigation, the successful prosecution of Hussain might be a decisive factor in civil proceedings brought against him by HP in the UK.

The civil case is more comprehensive than the criminal proceedings against Hussain, alleging that massive fraud surrounded Autonomy's sale to HP and may strip the 52-years-old British millionaire of $5.1bn.

Lynch also denied any accusations of fraud and countersued HP for damages to his business reputation.

Watchdog: US Must Develop Anti-Fraud Strategy for Healthcare Programs