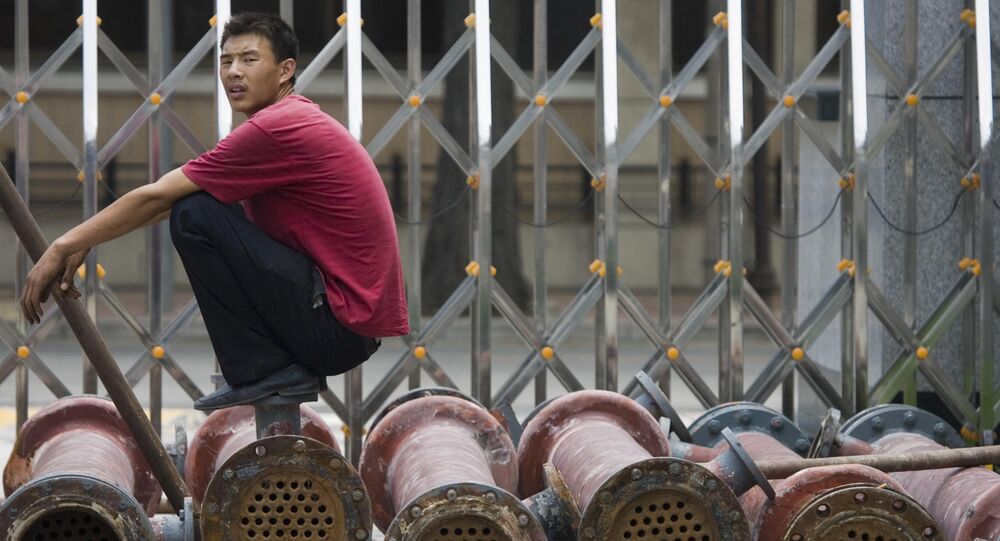 WASHINGTON (Sputnik) - The United States will begin collecting cash deposits from importers of Chinese-made cast iron pipes following a preliminary determination that pipes are sold at up to 110 percent below fair market value, the US Department of Commerce said in a press release on Wednesday.

"The Commerce Department preliminarily determined that exporters from China have sold cast iron soil pipe fittings in the United States at 68.37 to 109.95 percent less than fair value, the release said. "Commerce will instruct US Customs and Border Protection (CBP) to collect cash deposits from importers of cast iron soil pipe fittings from China based on these preliminary rates."

The decision provides relief to US producers from "the market-distorting effects of potential dumping while we continue our investigation," US Commerce Secretary Wilbur Ross said in the release.

READ MORE: China Has 'No Idea' Why the US Still Feels Insecure

Duties will become permanent if the Commerce Department makes an affirmative final determination of dumping and the US International Trade Commission rules that US competitors have been injured by the practice, the release explained.

The release emphasized that the Commerce Department has initiated 94 antidumping and countervailing duties since President Donald Trump’s inauguration last January, an 81 percent increase from the previous period.

Increased enforcement of US trade laws is a prime focus of Trump administration, according to the release.

READ MORE: How China is Fighting Corruption as It Faces Trade War With US