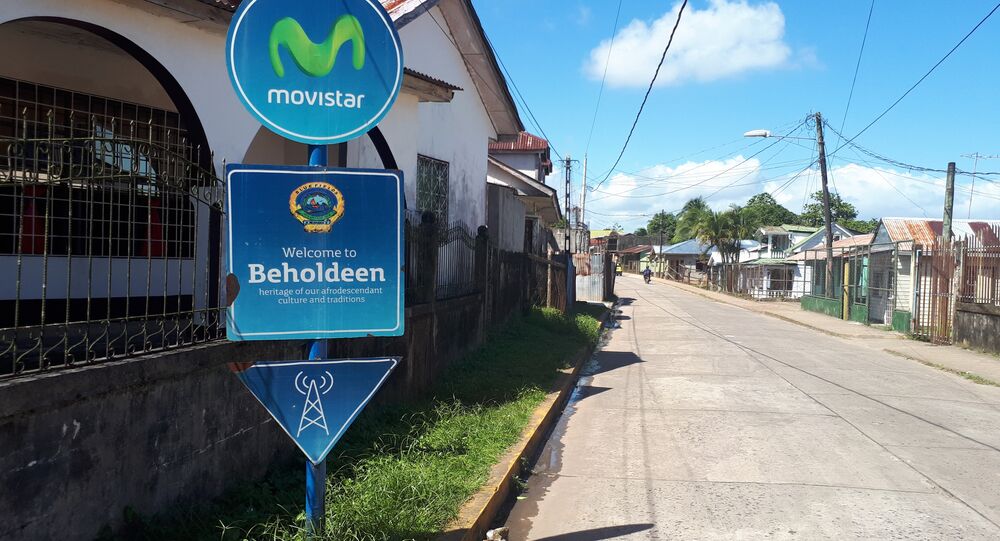 In 2004 the US company Bell South sold its Latin American cellphone networks to Spain's Telefonica for $4 billion. Sputnik spoke to a telecoms expert at Cornell University, Lourdes Casanova, who said the phone market south of the Rio Grande is booming and Telefonica, and Mexico's America Movil, are making huge profits in Latin America.

Two networks — Claro and Movistar — dominate the cellphone market in Latin America and ironically the US telecom giant AT&T is desperately trying to squeeze its way back into the market.

Claro — which means clear in Spanish — is owned by Mexican billionaire Carlos Slim's America Movil, while Movistar is the brand used by Telefonica.

"The internet bubble burst in 2000 and caused a panic among telecom operators. Problems oblige you to sell assets. So BellSouth were obliged to sell their interests but it was a mistake because Telefonica and America Movil have made tremendous profits," Dr. Casanova told Sputnik.

FAO and @Telefonica to boost use of cutting-edge digital technologies to assist farmers in developing countries https://t.co/2Qd4FXa2mV #BigData #ZeroHunger pic.twitter.com/iR3FMND8bM

​"Mobile penetration is very high in Latin America and it's very profitable for all countries," said Dr. Casanova, who said Telefonica's profits in Central and South America had actually helped them to invest in their O2 brand, which operates in the UK and Germany.

In the 1980s the giant US phone company AT&T was forced to demerge several subsidiaries, including BellSouth, which was left in possession of a considerable telephone infrastructure in Latin America.

In 2006 AT&T bought BellSouth for $85 billion and it has been desperately trying to regain market share in Latin America.

AT&T Trying to Get Back Into Latin America

In 2015 bought two Mexican networks, Nextel Mexico and Iusacell, and it is now offering special deals to AT&T customers in the US who have relatives south of the border.

"AT&T is now offering family calls from the US to Mexico at the same price as a local call. That is a considerable discount," Dr. Casanova told Sputnik.

But AT&T stands no realistic chance of muscling in on the market in countries like Argentina, Chile, Colombia, Venezuela, Peru or Nicaragua, which are totally dominated by Claro and Movistar.

​Brazil is the biggest single telecom market in Latin America and there Telefonica own Vivo, which has a 30 percent market share (down from 55 percent in 2000).

Claro has a 24 percent market share and the two other big operators are TIM (owned by Telecom Italia) and Oi, a joint venture with Portugal's biggest phone operator.

Last year China Mobile was reported to be in talks to buy Oi, which could be the first of many Chinese acquisitions in Latin America.

Dr. Casanova said the Latin American market started to take off in the 1980s when Chile privatized its phone market. Australian investor Alan Bond bought an option but sold it to Telefonica in 1990.

Argentina, Peru, Mexico and Brazil followed suit in the 1990s and Telefonica bought up a lot of the privatized firms.

After taking over BellSouth's network it rebranded as Movistar.

"Everywhere it's Movistar. That is the brand name it uses in Latin America. America Movil — which is owned by Carlos Slim, one of the richest men in the world — entered the market later and positioned itself well. Now it's pretty much a duopoly," Dr. Casanova told Sputnik.

She said the majority of cellphone users in Latin America used pre-paid phones.

"Pre-paid was as high as 85 percent of users but now it is around 75 percent. Permanent contracts are very expensive. But penetration is very high — 75 or 85 percent, up to 100 percent in Brazil," Dr. Casanova told Sputnik.

She said one cloud on the horizon was the lack of broadband penetration in Latin America.

"It's bittersweet because while mobile penetration is high, broadband penetration is poor. Governments have been unable to push the private companies to invest in broadband," said Dr. Casanova.