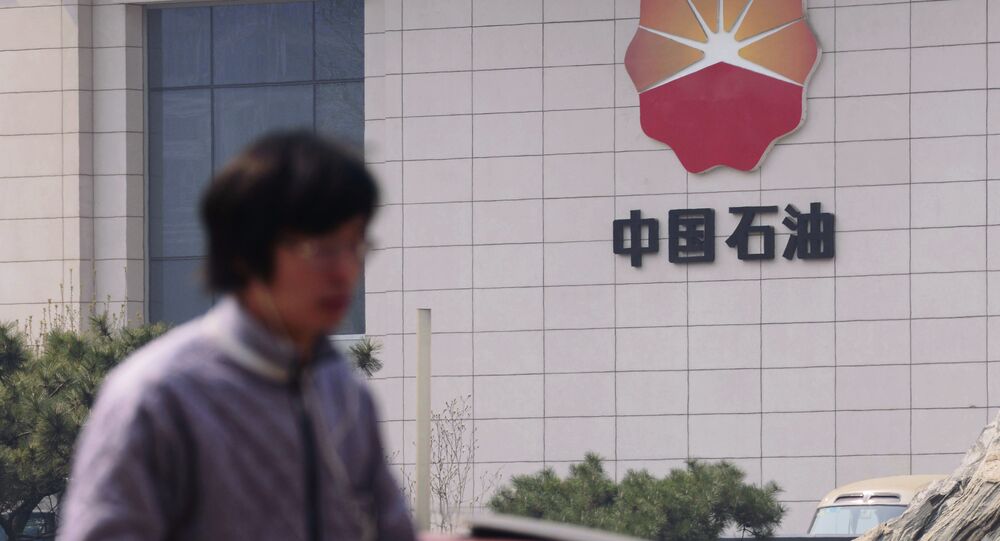 The US first-ever long-term LNG supply and purchase agreements were built on a memorandum of understanding Cheniere signed with China's state-owned energy company in November 2017.

© Sputnik / Sergey Krasnouhov
Analyst Explains Why US Giving Green Light to Second Batch of Russian LNG
US President Donald Trump's November 2017 visit to China was fruitful in terms of business interests, although critics said many of the deals reached were merely memorandums of understanding or other non-binding accords. In the biggest development among the deals, China National Petroleum Corporation and Cheniere Energy reached an agreement set to significantly boost US exports of liquefied natural gas.

CNPC has agreed to purchase about 1.2 million tonnes of US LNG per year — the volume worth about US$263 million per year, according to the average LNG export price posted by the US Energy Information Administration. A portion of the deliveries will start this year, with the balance starting in 2023 and running through to 2043.

In a bid to reduce air pollution, Beijing looks to cut coal usage as China's main source of heating, gradually shifting to natural gas. Currently, China is the fastest growing LNG market in the world, importing 26.1 million tons in 2016. The demand keeps growing, and China is set to become the world's top LNG importer by 2030.

"We are pleased to announce these LNG contracts with China National Petroleum Corporation, an important global energy player in one of the largest and fastest growing LNG markets worldwide," Jack Fusco, Cheniere president and CEO, said in a statement.

The US became a net natural gas exporter in 2017, shipping more natural gas to other countries than it receives each year as imports. The Energy Information Administration projected this week that the US will become a net oil exporter in 2022, adding to the country's increasing export status.