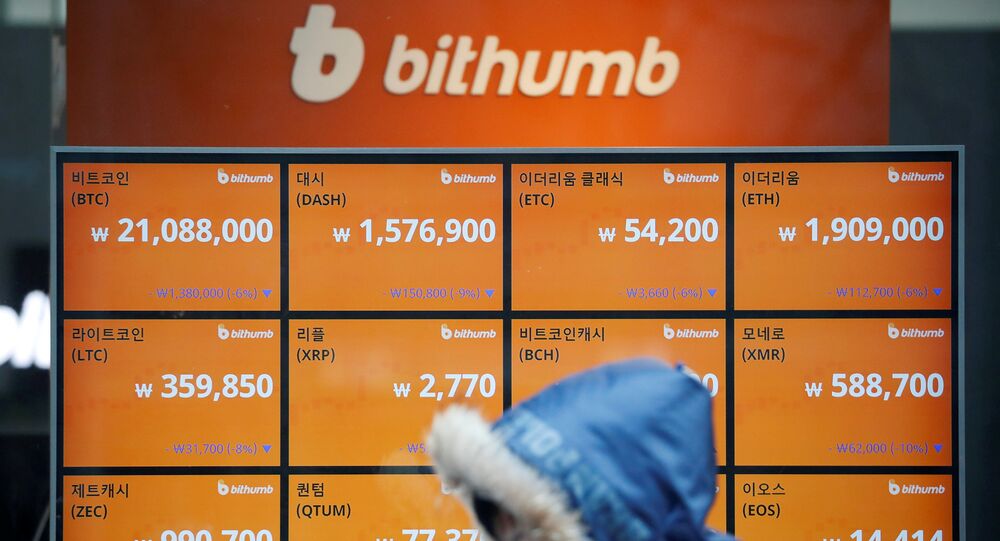 In mid-December, the South Korean intelligence agency announced that it had evidence of North Korea's alleged complicity in the theft of the personal data of about 30,000 users of the Bithumb cryptocurrency exchange.

"North Korea sent emails that could hack into cryptocurrency exchanges and their customers' private information and stole [cryptocurrency] worth billions of won," member of parliament Kim Byung-kee said.

According to the lawmaker, South Korean intelligence agency believes that North Korea was continuously trying to hack into exchanges to steal virtual coins.

He emphasized that Seoul was doing its best to prevent such attempts in the future.

The statement comes in the wake of January 17 media reports, claiming that hackers from the Lazarus Group, which is believed to be linked to Pyongyang, targeted South Korea's cryptocurrency exchanges at the end of the last year.

In mid-December, the South Korean intelligence agency said it obtained proof of Pyongyang's alleged complicity in the theft of the personal data of about 30,000 users of the Bithumb cryptocurrency exchange.