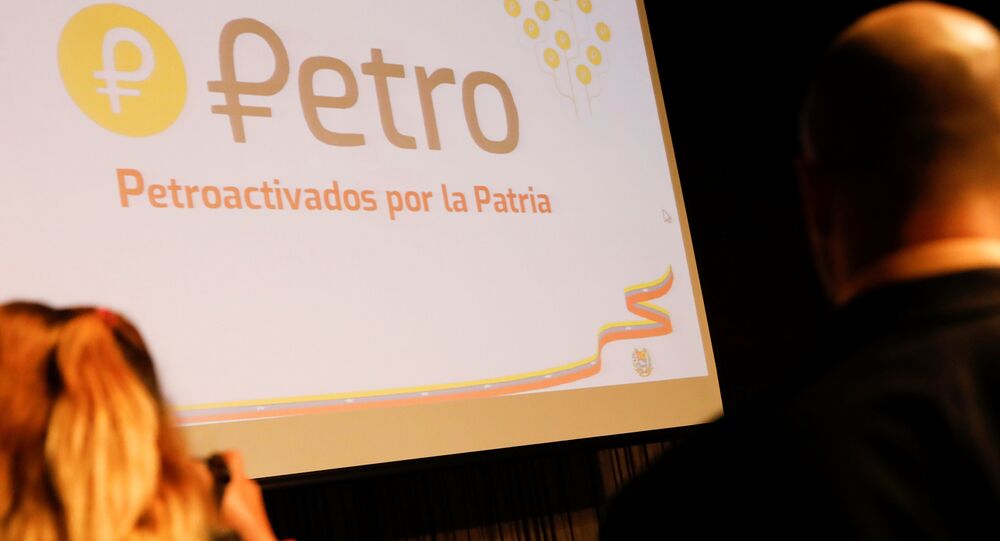 MEXICO CITY (Sputnik) - Venezuelan authorities plan to set the initial price of their national cryptocurrency at $60 per one Petro, local media reported, citing the parameters of the new currency's circulation.

Caracas has decided to set such price taking into account the approximate cost of one barrel of oil produced in Venezuela, the Globovision broadcaster reported Wednesday, adding that the final figure will be determined by the market conditions.

According to the media outlet, some 38.4 million Petros are expected to be sold during the preliminary phase of the trading session.

In December, Venezuelan President Nicolas Maduro said that Caracas would create own cryptocurrency system in order to overcome the financial blockade. The politician added that Venezuela had allocated five billion barrels of oil to back Petro.

Maduro said that each petro’s value would be pegged to the country’s immense oil and gas reserves, as well as its mineral wealth, including gold and diamonds and called on Latin American countries' leaders to assume jointly the creation of the cryptocurrency.

The first release of 100 million units of the new digital currency is expected to take place on February 20 — March 19.