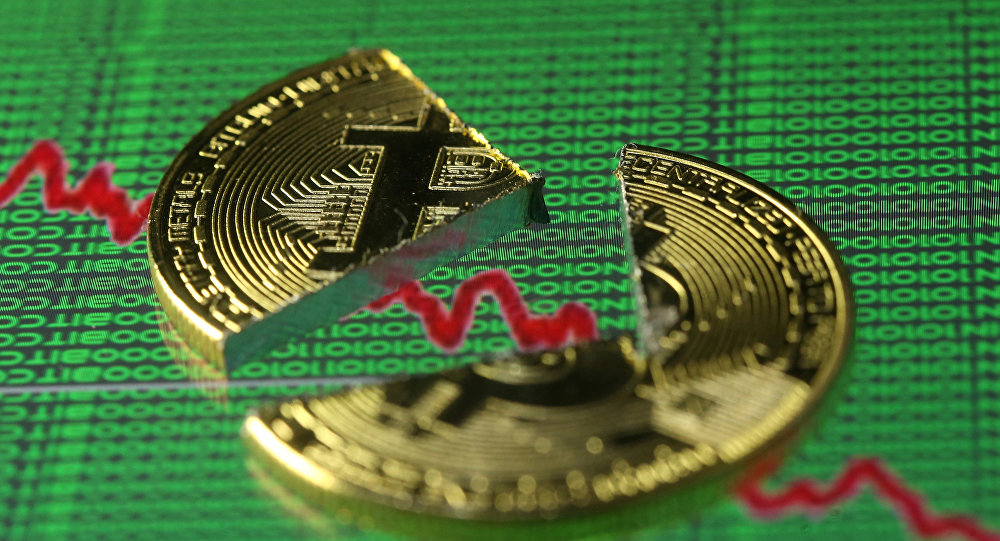 Bitcoin, the most popular cryptocurrency in the world, has lost about 10 percent over the last day's trading. The last time the cryptocurrency plunged this low was on January 17.

Bitcoin is notoriously volatile, often demonstrating wild and unpredictable changes. At the end of November 2017 Bitcoin surpassed the $10,000 mark (on the way up at the time), reaching its record high of $20,000 in December. Since then the cryptocurrency has been on a losing streak. 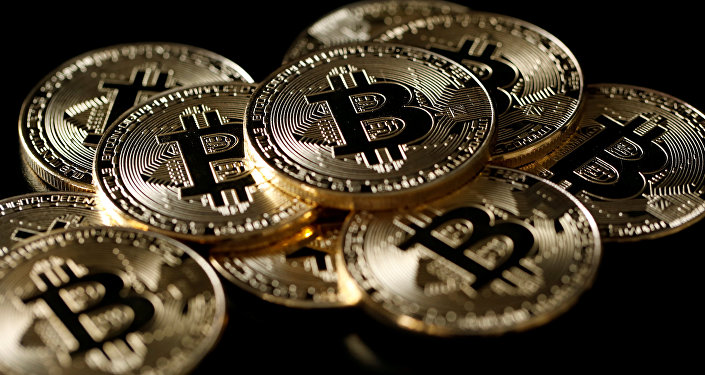 © REUTERS / Benoit Tessier/Illustration
Blockchain Entrepreneur: Each Piece of Negative News Slashes Bitcoin Exchange Rate By 10-15%
Concern among investors has been growing in the wake of troubling news concerning the cryptocurrency market. Earlier in January, hackers stole about $530 million dollars' worth of the NEM cryptocurrency called from a Tokyo-based Coincheck Inc cryptocurrency exchange. According to the exchange, the attack affected 260,000 users, who will receive compensation for their losses. There have been some reports that South Korea is seeking to ban cryptocurrency trading entirely to protect people from scams, even though an estimated 1 million South Koreans own bitcoin.

READ MORE: No Bitcoin, No Cry: Apple Cofounder Got Cold Feet and Sold All His Coins

The head of the International Monetary Fund (IMF) expressed some concerns that bitcoin is being used to fund illegal activity. Renowned investor George Soros called cryptocurrencies, such as bitcoin, "a typical bubble," whereas Llew Claasen, the executive director of the Bitcoin Foundation, believes that the fall of bitcoin does not mean that cryptocurrencies are speculations.

Largest Nordic Bank Bans Employee Use of Bitcoin, Other Cryptocurrencies