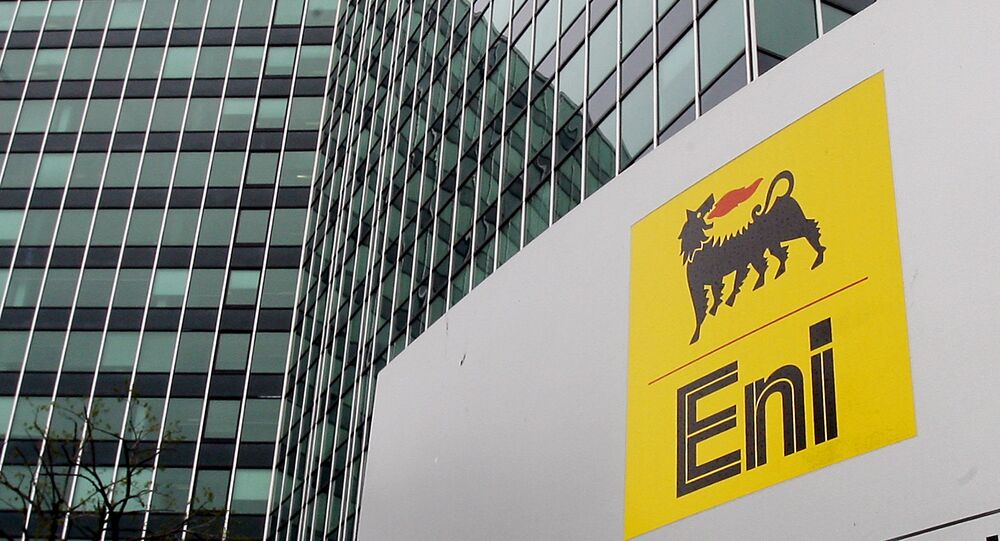 MOSCOW (Sputnik) - Uncertainty brought by US sanctions against Russia is creating some problems for the work of Italian energy company Eni in Russia, Eni Chairwoman Emma Marcegaglia said Wednesday.

"We started to drill a well in the Black Sea. This was after, you know, the new sanctions arriving from the US. Of course, before starting this — you know, this thing was a very long time already projected — of course, we asked the authorization to the US. And so, we obtained the authorization from the US, so we started to drill this well, but then we had to stop it, because… sanctions are hitting this," Marcegaglia said.

The company has to be compliant with US requirements, as its shares are listed on US exchanges, but Russia remains one of the most important partners of Eni, Italy and the European Union, the chairwoman stressed.

© Sputnik / Alexander Kryazhev
Old Friendships Die Hard: Rosneft, ENI Ink Major Deal in the Med
Eni was working in Russia since 1950, has strong relationship with energy giants Gazprom and Rosneft, and still considers it extremely important to work with Russian business, she recalled.

"Even in this situation, when it's not so easy to work in Russia… I think it's important… to be ready when and if we change situation of sanctions, to restart [interrupted projects]," Marcegaglia concluded.

After relations between Russia and the West deteriorated in 2014 over Moscow's alleged involvement in the Ukrainian conflict and Crimea's reunification with Russia, the United States and the European Union imposed several rounds of sanctions on Russia's energy, banking, defense and other sectors, as well as on a number of Russian officials. Moscow responded with countermeasures against the Western countries that targeted it with sanctions.

Earlier in January, US Treasury Secretary Steven Mnuchin said that Washington was working on expanding the sanctions against Moscow within the framework of the "Countering America's Adversaries Through Sanctions Act," passed in August.