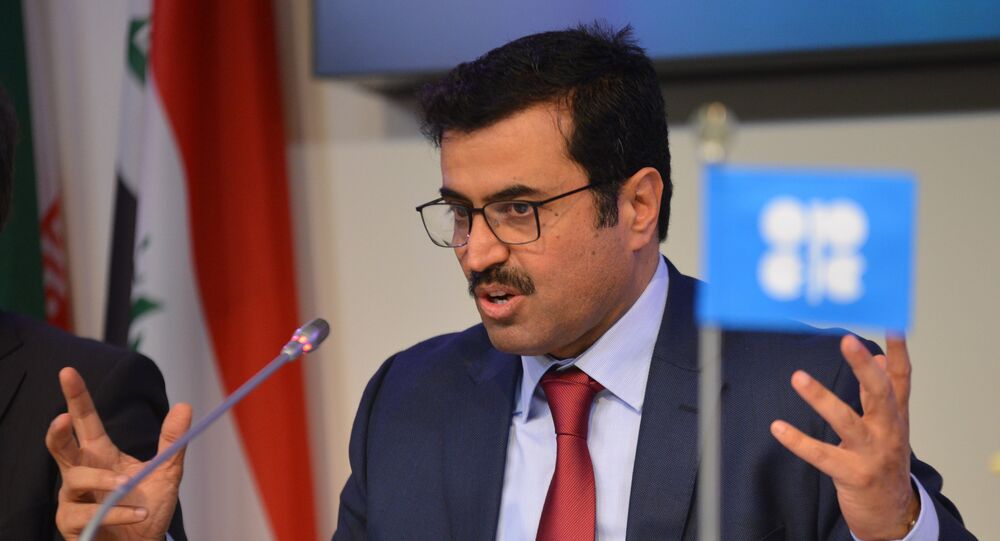 DAVOS (Sputnik) - Qatar does not see the launch of Russia's Yamal liquefied natural gas (LNG) project as a competition but rather as part of a general trend of the LNG market extension, Minister of Energy and Industry of Qatar Mohammed Saleh Al Sada told Sputnik.

According to the Russian Energy Ministry, Yamal LNG project, which commenced production in December, will enable Russia to reach its aim of expanding its share in the LNG market from 4-5 percent to 15-20 percent and thus compete with Qatar, the world's largest LNG exporter.

"I would not say it [Yamal launch] is competition, it is part of the expansion of the LNG market in general, which will benefit everybody, as the world needs gas. LNG indeed has been growing more than any other form of fossil fuels. The growth is around 45 percent, more than any other growth," Al Sada said on the sidelines of World Economic Forum in Davos, Switzerland.

The minister added that the expansion of the market both in Russia and in Qatar, which is planning to increase its LNG productions capacity by 30 percent in the next few years, was caused by the segment's good prospects and the fact that it is "clean energy."

courtesy Sovcomflot
First Liquefied Natural Gas Batch From Russia’s Yamal LNG Facility Arrives in UK
"In the coming few years, there will a surplus of gas, LNG as well in the market. With this high growth of demand, by 2024 or 2025 that market is going to be tight again, and more LNG is needed. By that time, the Qatari gas — the 30 percent increase — will be there in the market, and other producers as well. The advantage is that it will avail of a clean energy to the market," Al Sada explained.

The annual meeting of the WEF began in Switzerland earlier on Tuesday and will last through Friday.